Compile Heart and Idea Factory team up to tell the story of one little girl who wants to be the god of everything. Does it have enough clout to make JRPG fans its Peon?

Last one before the American launch.

Mugen Souls delayed to October in the US

Shucks, only by one month though!

We have screenshots, we have artwork, and we also have the trailer for this upcoming custom-built RPG. 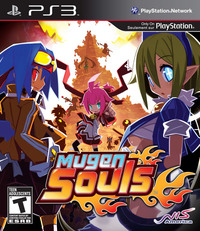