Two beloved franchises brought together in unexpected ways - Tokyo Mirage Sessions #FE is a highly competent swan song for the Wii U.

Tokyo Mirage Sessions #FE Encore Costume Guide: how to get all outfits for every character

Here's how to get every single outfit in Tokyo Mirage Sessions #FE Encore, plus pictures of them all so you can decide on a favorite.

On our first day of announcements, we run down Best Tangential, Best Writing/Script/Localization, Best Soundtrack/Score, Best Art/Visual Design, Biggest Surprise, and One to Watch.

Only a few more months before release.

Tetracast - Episode 28: For the Fans

We discuss Legend of Heroes: Trails in the Sky the 3rd, Etrian Odyssey V, and more!

A look at what the strange crossover has to offer.

All the main characters ... so far

Tharja and Virion from Fire Emblem Awakening join as mirages 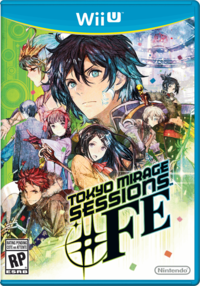