A gorgeous second try that reinvents what its predecessor attempted on the PlayStation 2 and succeeds at it exceptionally well.

See the battle styles for each character.

Plus goodies for the standard versions

Plenty of footage for the revamped sidescrolling RPG

Experience the tales of five unique characters in this enhanced remake.

This isn't the only project in the works for Atlus and Vanillaware though. 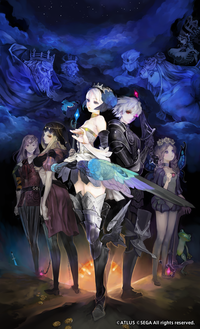