The best way to play the best Atelier games to date, now on a system you actually own!

Technical issues aside, this is clearly the best version of the game that does a lot to improve the main complaints of the original release.

See more of these Atelier re-releases.

A couple of speed-up features will be also added to each game.

The next trio of Atelier titles heads to new platforms.

Atelier Shallie Plus set to release in the west in January

Another enhanced Atelier series port for your Vita

More than 100 screenshots for Atelier Shallie Plus

See Ayesha ten years after the events of Atelier Ayesha

Details and first screenshots for Atelier Shallie Plus

The enhanced port lands in March in Japan. 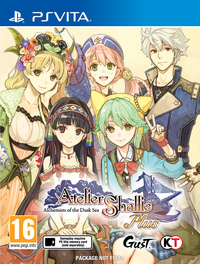