Tetracast - Episode 47: All I Want for Christmas is Dragon Quest XI

Jump Festa 2017 delivered all the news we wanted for the latest episode of our podcast!

Watch the original concept trailer for Cry On

Sakaguchi has shared a video for his canceled RPG.

The man who created Final Fantasy is hard at work on a new title and he's given Japanese fans an update on his progress via his blog... 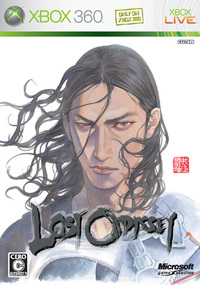