Square Enix has announced its intention to release mobile game NieR Re[in]carnation in the West. The game will release for iOS and Android devices in North America and Europe. Alongside the reveal, Square Enix debuted official English-language Twitter and Facebook profiles for the game.

NieR Re[in]carnation is developed by Applibot, Inc, and is a free-to-play mobile game that features exploring 3D areas, story scenes presented like a picture book, and ATB battles. The Japanese version has an open pre-registration right now, and though a final Japanese release date isn't clear, it's expected before the end of the year.

The announcement of Nier Reincarnation came as part of Tokyo Game Show 2020, taking place as an online event. It was announced at the same time as the confirmed release date for the NieR Replicant remaster and the confirmation that Nier Automata had surpassed 4.85 million units sold. It's a good time to be a Nier fan. 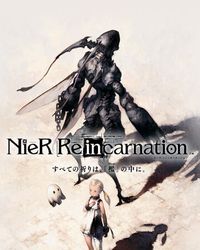