Marvelous held a livestream for Rune Factory 5, detailing a few more tidbits ahead of the game's Japanese release on May 20. A new trailer has also been posted, which you can find below.

Here's a quick summary of game details showcased during the live stream:

Rune Factory 5 for Nintendo Switch will be released first in Japan on May 20, with the Western localization set to follow later in 2021. In case you missed it, you can check out: 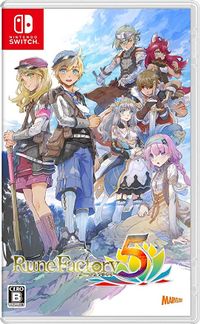