Hyperdevbox has announced it will be porting Idea Factory's Record of Agarest War to Android devices. The game has been compressed to 1.8 GB, down from its original 6 GB, for mobile devices.

Company founder and CEO had a few things to say regarding the title.

"We are extremely excited to bring yet another premium full video console game to mobile devices. After our successful launch of Spectral Souls and Blazing Souls Accelate for Android users worldwide, we are confident that Record of Agarest War, one of the most profound and exciting game series in the genre, will satisfy the thirst of J-RPG fans at home or on the go."

Watch the announcement trailer below.

According to Hyperdevbox, the game should be available for Android within a few weeks.

Record of Agarest War Zero Coming to the West 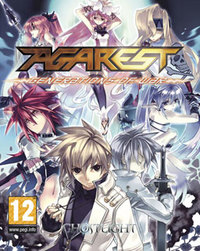