As a follow-up to our recent post about XSEED Games bringing Xanadu Next to the West, the company has also registered the domain for the highly-requested Corpse Party: Blood Drive right alongside it on December 11th. XSEED Games has expressed their interest in localizing it in the past, but it looks like that may be coming to fruition.

The continuation of the final chapter for the first adventure game, Corpse Party: Book of Shadows, Blood Drive looks to wrap up the story of the Heavenly Host Elementary School and the fate of the original cast of characters. The title was released for the Playstation Vita last Summer in Japan.

If you would like to get a primer on the series, check out our review for the original game. 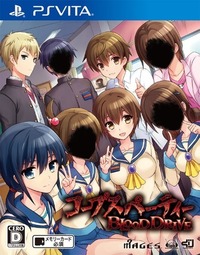