Square Enix has posted new screenshots for Dragon Quest Heroes II, featuring Alena, Kiryl, Maya, Terry, and Jessica. Additionally, the publisher detailed how classic series' monsters can assist in battle, or even be transformed into. 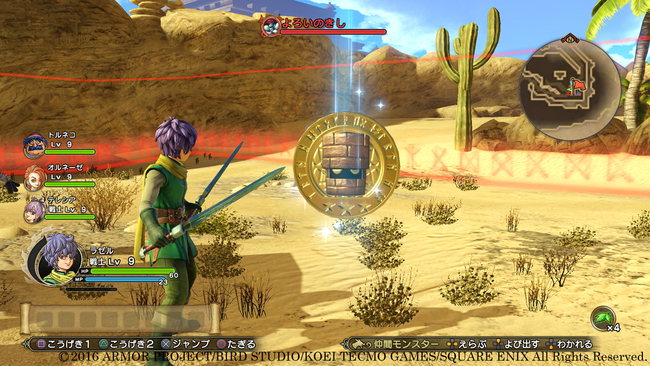 By picking up monster coins dropped in combat, the player can use these to call upon the abilities of  the many monster types. There are three types of monster coins.

You can find the character screenshots in the gallery below, and catch previously released screenshots here. Dragon Quest Heroes II is set to launch in Japan on May 27th for PlayStation 4, PlayStation 3, and PS Vita.