Tokyo Game Show 2017 dominated the news of the week. With that in mind, we only briefly touched on other topics including Kyle's feelings on DanganRonpa V3.

But let's get on to the big news! Prior to the show, Final Fantasy IX for PS4 was leaked and finally confirmed during the festivities. Then there was Sony's Pre-TGS conference. There, we finally got our first taste of 13 Sentinels: Aegis Rim, the newest game from Vanillaware. Speaking of which, they also announced Dragon's Crown Pro, an enhanced port for the PS4.

There were other exciting reveals including the first Shadow of the Colossus remake footage; Zone of the Enders 2 also coming to the PS4; and new details for Fire Emblem Warriors. That and more on this week's episode!

This edition of the Tetracast features Adam Vitale, Kyle Campbell, James Galizio, and is hosted by Zack Reese. As always, you can find links to the full episode of the podcast below along with our RSS feed, and also subscribe to us on iTunes.

Advertisement. Keep scrolling for more
Post to TwitterPost to FacebookPost to RedditPost to Tumblr
Enjoyed this article? Share it!
In this article
Tokyo Game Show 2017 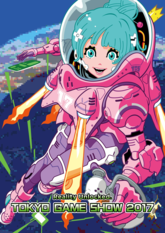 The games industry descends on Tokyo's largest convention center in one of the biggest years yet with plenty of RPGs to be excited about!

Zone of the Enders: The Second Runner
More info →

Shadow of the Colossus
More info →