Ys VIII: Lacrimosa of Dana heading to Switch this Summer

NIS America and Nihon Falcom's Ys VIII: Lacrimosa of Dana is coming to Nintendo Switch this year, Nintendo has announced. The game will arrive on the machine at some point in the Summer.

While Ys VIII had a bit of a rocky launch thanks to an uncharacteristically rough localization from the folks at NIS America, things have been looking good for the series in recent weeks. The dodgy localization is being patched in full, and the game is finally coming to PC in a short while. The Switch version is more great news for fans who want a strong action RPG - and it's further proof of Nippon Ichi's commitment to the Switch after the success Disgaea 5 Complete had on the platform.

Despite its translation troubles Ys VIII is actually a pretty great game - we gave it an 8/10 in our review and it almost made the top ten in our reader voted Best of 2017 awards.

The Switch version was announced in today's surprise Nintendo Direct.

In typical NIS America fashion, a Limited Edition for the Switch version of Ys VIII: Lacrimosa of Dana is available on the publisher's online store. It runs for $99.99 and comes with the following: 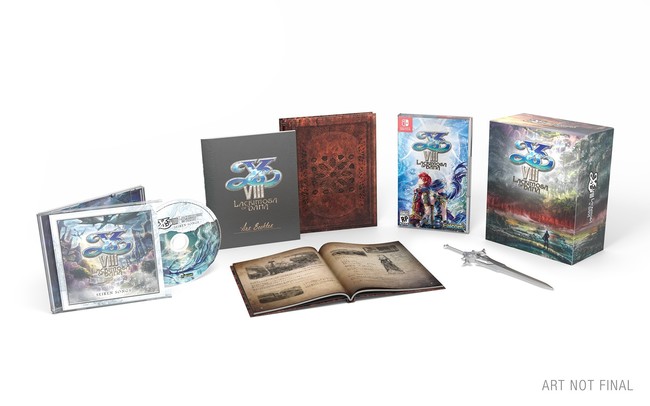