The latest Weekly Famitsu magazine has come with a new information batch on New Gundam Breaker. We learn here that Gundam AGE-II Magnum from the upcoming anime Gundam Build Divers is not the only new mobile suit Gunpla added, as Bandai Namco has confirmed more new additions in this batch.

They also explained about the Inner Frame, which turns out to be game-changing as they bring more gameplay features that wouldn't be possible without them in previous Gundam Breaker games. You can read more of that after the jump. 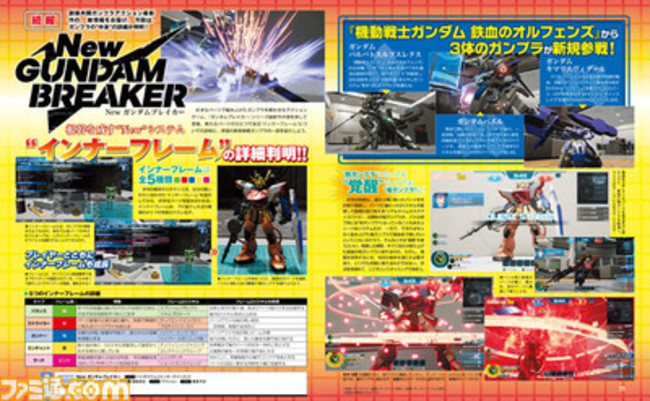 Inner Frame is like a skeleton of the Gunpla that lets the user continue battling even after all other body parts have been removed in battles. There are five types of Inner Frame that can be chosen; each type can be distinguished with their color, and they also have different sets of Frame EX Skills and abilities that can be enhanced further the more you use the frame.

The list below explains each of the Inner Frame types, along with the two Frame EX Skills that are available to them.

This is a returning system from past Gundam Breaker games, where after fulfilling certain requirements (in the past games it required you to fill in the Awakening gauge first) your Gunpla will enter an Awakening mode where its stats get enhanced for a short while.

New Gundam Breaker has a Real-Time Customization Battle system where players from each team steal parts from each other and are able to equip their newly obtained parts right away. But to players who prefer staying with their own customized Gunpla, the Awakening system has been also set so that triggering this mode will revert the Gunpla back to its pre-battle customization settings, even after all parts have been changed or removed. 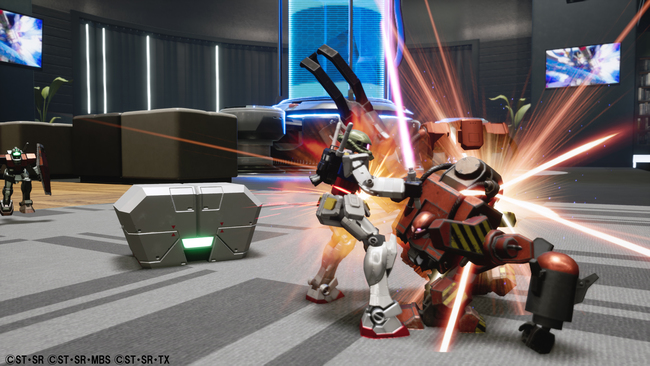 New Gundam Breaker is currently under development by Bandai Namco using Unreal Engine 4 and will be released worldwide exclusively for PlayStation 4 in 2018. An earlier Famitsu magazine issue also had an interview with Bandai Namco that covered various aspects of the game, which we had translated.