Dragon Quest XI heads west for PS4 and PC this September, but 3DS is left behind and Switch isn't ready

The highly-anticipated Western release of Dragon Quest XI: Echoes of an Elusive Age will be later this year on 4th September, Square Enix has confirmed - but the Nintendo 3DS version of the game won't be making its way out of Japan.

Instead the Western release will be for PS4 and PC via Steam. The 3DS version won't be localized at all, while the long missing-in-action Nintendo Switch version is still coming - but not in 2018 and possibly not for quite some time more beyond that.

Still, Dragon Quest fans should be happy to get the lovely-looking PS4 version of the game, and many should be even happier to see a main, numbered entry in the Dragon Quest series making its way to PC.

The Western PS4 and PC releases of the game will include a few new extras including Draconian Quest (basically hard mode), overhauled menus and user interface systems, a dash function out on the field and general quality of life improvements including better camera controls (including a first-person camera mode) and general improvements to the overall quality of the game experience.

A full English-language voice-over localization is included too, and you can hear a bit of that in the first gameplay video above. Much like the original release of Dragon Quest 8 - even the Japanese version of DQ11 didn't have any voice work.

DQ11 has been highly anticipated by fans for a while after scoring big with both players and critics over in Japan, winning multiple awards. It's been confirmed for the West since the middle of last year, but we now finally have a date. Development of the game early on saw the team creating a prototype of Dragon Quest III for PS4 in order to ensure they transferred over the essence of the series properly.

One of the great shames of the loss of the 3DS version of the game is that the optional 2D game mode, which made the game look like a classic SNES-era Square or Enix game, is lost. The rest of the game is absolutely intact in these versions though, and Square remain adamant that the Nintendo Switch version will see the light of day eventually.

Pre-orders are already live on the PlayStation store complete with some DLC bonuses for doing so: “The Legend Reborn” Theme (image below), and also in game items Vest for Success, Seed of Skill x15, and Über Agate of Evolution x3. 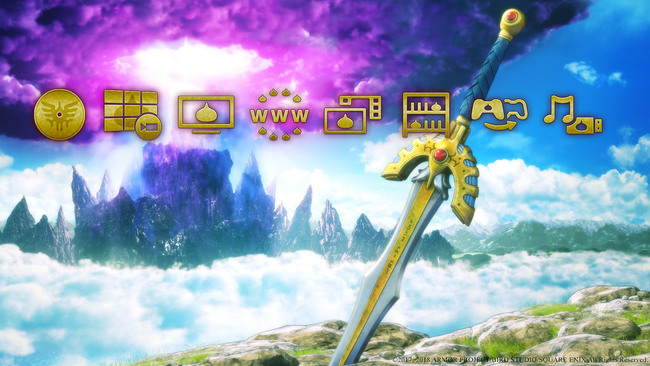 Steam pre-orders will get the following goodies:

For now, however, feast your eyes on the first screenshots of the English-language version of DQ11. Remember, if you're new to Dragon Quest and want a bit of a primer, check out our Beginner's Guide to Dragon Quest - it's full of handy info!