It's been almost a month since Sega revealed the exciting news that a new Sakura Wars game is currently under development. Aside from being a huge cultural phenomenon in Japan that spawned several media properties, it showed the company was willing to answer the requests of its fanbase to do more with its catalog outside of releasing game collections.

Today, we have some details on when exactly we can expect this new entry in the strategy game series. According to Sega's latest financial earnings report (PDF file) for its Fiscal Year that ended in March, the new Sakura Wars game is listed as a packaged product set to be released (in Japan anyway) by the end of the upcoming Fiscal Year which ends on March 31, 2019. 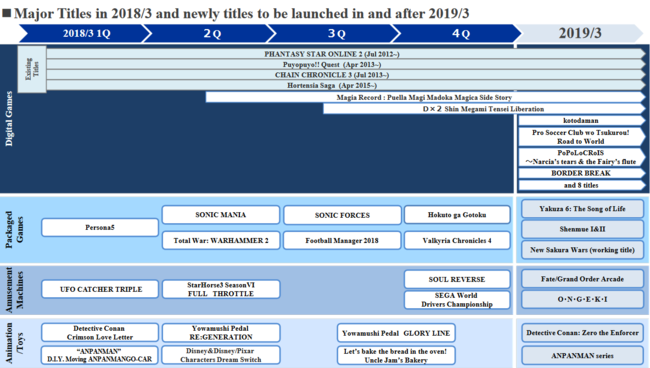 As you can see on the far right, alongside Yakuza 6: The Song of Life and Shenmue I & II, the "New Sakura Wars (Working title)" is listed inside the "Packaged Games" section. This is what Sega lists for console games. If you look just a bit above that, there's a Digital Games section. This is where several different smartphone games Sega has plans to release and update are listed.

Yes, you can rest easy, Sakura Wars fans - this is what we've been waiting for!