Bandai Namco has published another new information batch for God Eater 3. After previously revealing Claire Victorious and the new Aragami Nuadha, this batch introduces another new character who is staying together with the player and Hugo in the Pennywort port.

A brand-new Aragami is revealed, and it has also been confirmed that some Aragami monsters that appeared in previous titles will be returning in this game. We have also compiled the additional information covered in Japan's Weekly Famitsu magazine issue below.

Update (July 12) - Bandai Namco Japan has released more screenshots introducing Zeke and Barbarius, which can be found in the gallery. 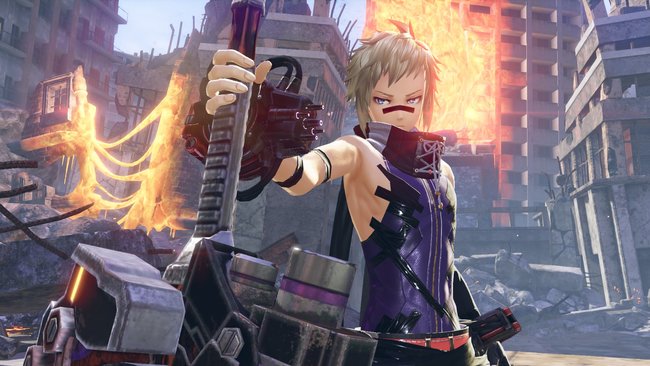 Zeke Pennywort is an AGE (Adaptive God Eater) who belongs in Pennywort port. Perhaps due to being raised in a harsh environment, his behaviors are bad. But he has another side of taking good care of others. He has two younger brothers, but one of them was separated from him alive. Zeke will become very friendly towards people once he has trusted them. Currently, it is only known that Zeke has Boost Hammer as his melee God Arc.

A new Aragami is also introduced in this batch. Barbarius looks like a warrior, as his body is covered with silver & gray armors. Having a ferocious mustache, sharp eye glints come out from the helmet. His left arm is shaped like a drill, which he uses as his primary weapon and it's always spinning to intimidate his enemies. He can crush the ground and throw rubbles, or he can also channel the cold temperature in his body to the drill and create lumps of ice to hit God Eaters in far range. He can even stab players from underground during close-range battles. 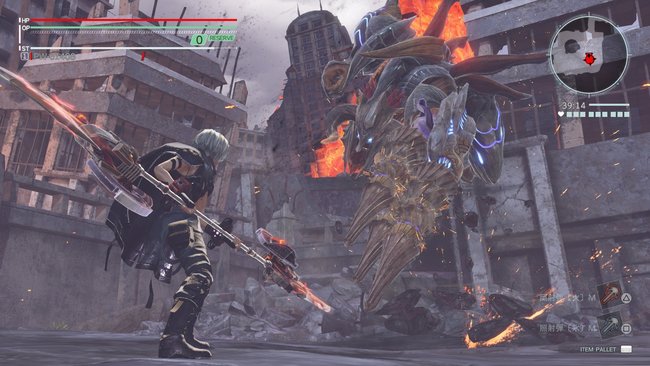 Some of the enhancement features from past God Eater games are also returning in this game, such as Abandoned God Arcs and Skill Install. When you clear missions, sometimes you can obtain Abandoned God Arcs which will contain skills that can be installed to respective God Arc parts. Effects vary from increasing HP, raising cutting damage of melee attacks, to making item consumption process faster.

Skills will have levels from Lv1 to Lv10. The higher the level, the better the effects will be. You can also stack the same skills to combine and increase the levels. Some skills will only activate when you have gathered a combined level of the skill to Lv10, such as the Double Jump skill.

While in past GE games you could equip up to 2 Burst Plugins, in GE3 you can now equip up to 3 them, and they will be located in the Melee, Ranged, and Shield God Arc parts respectively. With these Burst Skills, you can set up enhancements that will only activate while your Burst mode is active. Here are some examples of Burst Plugins in the game: 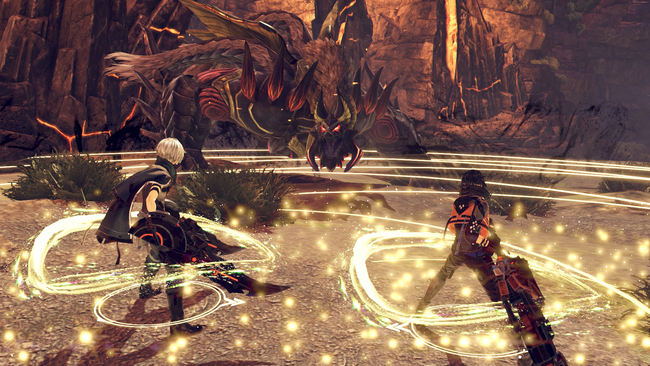 God Eater 3 is currently slated for release on PlayStation 4 and PC via Steam worldwide. A release timeframe has not been announced yet as of this writing.