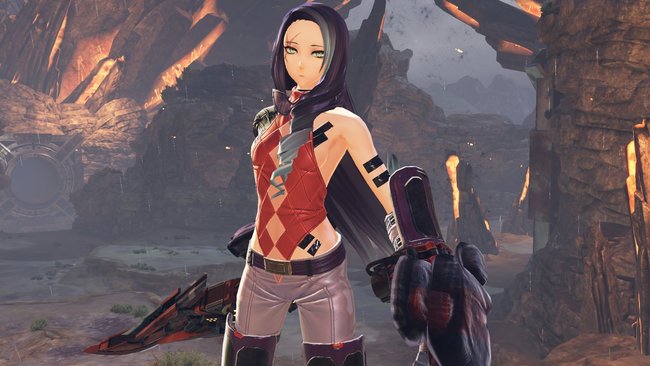 Lulu is a female AGE (Adaptive God Eater) belonging to the Baran port, which is at odds with the player's Pennywort port. She is a test subject for Accel Trigger, a battle support system for God Eaters which is being developed in Baran and has gameplay effects of enhancing the user's abilities after fulfilling certain conditions during battle. In the story, this gives Lulu the ability to overwhelm her enemies with high mobility. Her melee God Arc type is Biting Edge, a pair of short blades which got newly added in this sequel.

The Baran port is known as a large port with developed commerce and industry. It is known for conducting various researches on the Ashlands and AGEs. It also has a high technology level that other ports are sending requests to develop new equipment and weapons. However, Baran has also been criticized by a lot of people because it has done dangerous research that affects the surrounding Ashlands. It is also infamous for not adhering to the Ashlands Cruising Law which is normally used to settle conflicts between ports.

Meanwhile, the Pennywort port, where the player, Hugo, and Zeke belong in, is known to host a lot of AGEs. However, this port has profit gathering as its top priority over anything else, so it often undertakes dangerous missions such as infiltrating the Ashlands and slaying Aragami monsters. Due to this, the port is infamous for having a huge ratio of AGE losses. 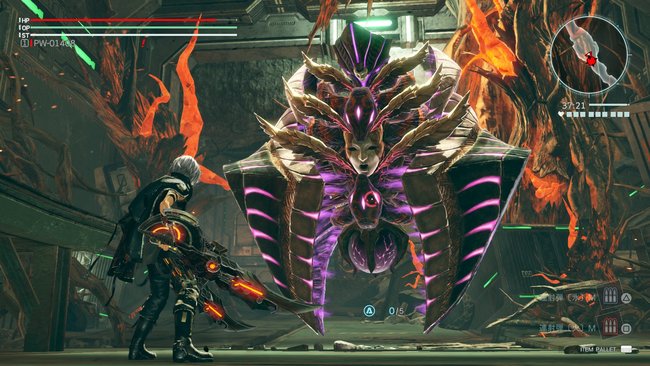 This information batch also introduces a new mid-sized Aragami known as Gozu, which is always floating mid-air, has a quirky shape, dons a scary mask, and has its whole body covered by thick armor. As it is not an Ashborn Aragami, it doesn't launch Predator attacks on the player. However, it can launch Oracle-based long-range attacks while changing forms between Offense and Defense modes. When it curls up into a sphere, that means Gozu is entering its Defense mode where it cannot be damaged by projectiles, so players will have to try getting nearby to deal melee damage instead.

You can check out new God Eater 3 screenshots featuring the new character Lulu Baran and the new Aragami Gozu which have been provided by Bandai Namco right below. It also contains some screenshots that show the revamped Bullet Edit feature, where bullets created with this feature will now have their own ammunition capacity instead of using Oracle like in the previous games.

God Eater 3 will be released for PlayStation 4 and PC via Steam worldwide. A release timeframe still has not been announced yet as of this writing.