The studio's third game, Pyre, released last year, but won't be coming to the Switch for the time being. "With Bastion and Transistor coming to the Switch, you might be wondering, what about our third and latest game, Pyre? The thing is, our games are built on our own custom tech so it's not a small undertaking for us to bring them to new platforms. So, while we haven't ruled anything out for the future, currently we don't have plans to bring Pyre to other platforms."

Bastion is an action role-playing experience that redefines storytelling in games, with a reactive narrator who marks your every move. Explore more than 40 lush hand-painted environments as you discover the secrets of the Calamity, a surreal catastrophe that shattered the world to pieces. Wield a huge arsenal of upgradeable weapons and battle savage beasts adapted to their new habitat. Finish the main story to unlock the New Game Plus mode and continue your journey!

Transistor is a sci-fi themed action RPG that invites you to wield an extraordinary weapon of unknown origin as you fight through a stunning futuristic city. Transistor seamlessly integrates thoughtful strategic planning into a fast-paced action experience, melding responsive gameplay and rich atmospheric storytelling. Fight your way through the streets of Cloudbank, and piece together the Transistor's mysteries as you pursue its former owners. 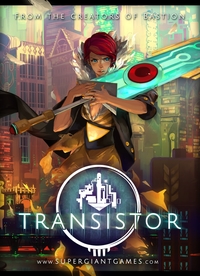