At today's live stream for Dragon Quest Builders 2, Square Enix has finally announced the release date for this game in Japan. It is also revealed that Koei Tecmo will be helping Square Enix in developing this game, after having previously worked together on Dragon Quest Heroes and Dissidia Final Fantasy.

As quoted by Ryokutya from the live stream, Kazuya Nino personally asked for Koei Tecmo's help as he wants to improve the action aspects in Dragon Quest Builders 2, yet he still has few experiences with action games.

Square Enix also announced that Dragon Quest Builders 2 will have tons of post-launch DLC, including the paid ones. Purchasing the game early (digitally until January 20, 2019, or first-print physical editions) will come with a bonus recipe to construct a Slime Tower. Getting a digital copy straight from PlayStation Store or Nintendo eShop also adds a bonus recipe to craft pixel art decorations of legacy Dragon Quest heroes. 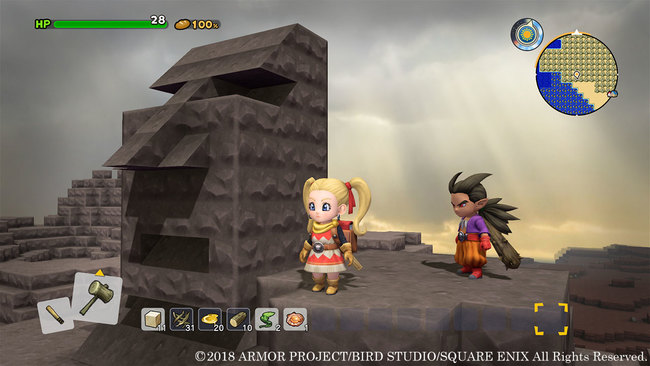 Square Enix has also posted the opening movie for the game. There are two different versions - one for male and one for female player character.