Wild Arms: Million Memories announced as a free-to-play title for mobile, out soon in Japan

Sony's mobile subsidiary ForwardWorks has announced Wild Arms: Million Memories, the smartphone RPG developed by Wright Flyer Studios that was originally announced back in December 2016, will be released sometime soon in Japan for iOS and Android.

Gleaming over the official website, here is what we currently know about the game. The story is set once more in the world of Filgaia (of which the entire series takes place) where returning characters Ashley Winchester (Wild Arms), Clarissa Arwin (Wild Arms XF), Dean Stark (Wild Arms 5), Jude Maverick (Wild Arms 4), Rudy Roughnight (Wild Arms), and Virginia Maxwell (Wild Arms 3) are part of a group known as the Migrant Birds. It also alludes to a situation where Rudy has betrayed everyone and thrown the world into chaos. 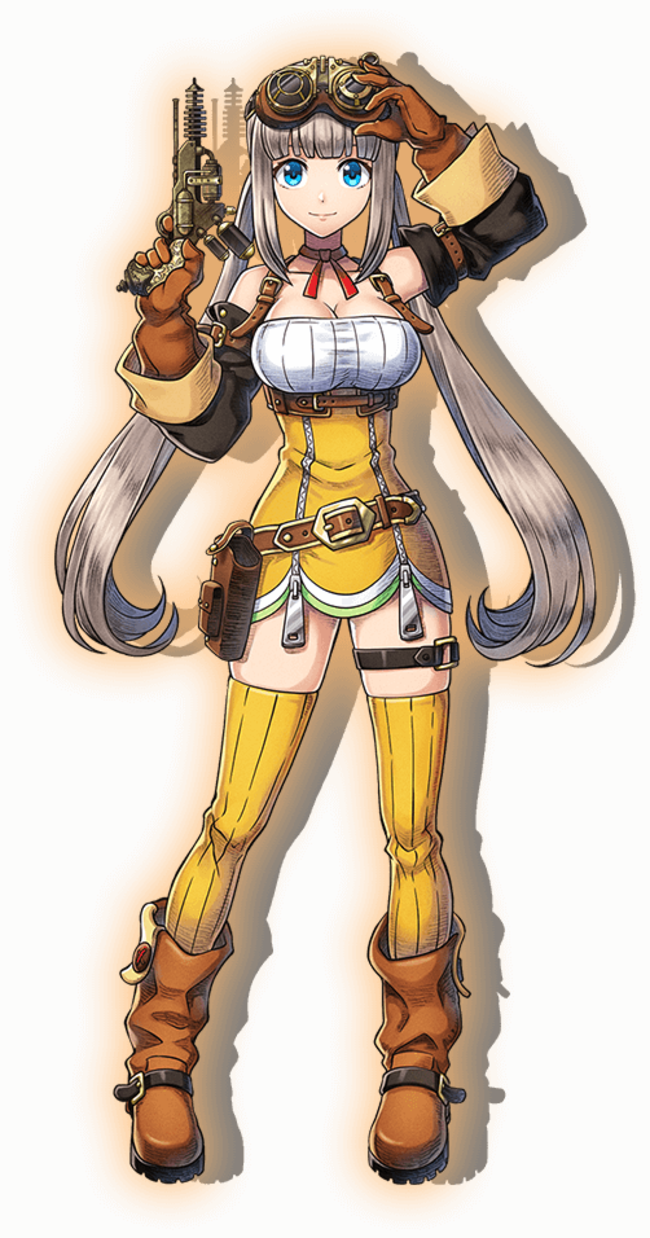 Brittany Shrewsbury is a newcomer in Wild Arms: Million Memories, and she is described as a very optimistic girl who is trying to become an ARM master with the help of her grandfather Clarence. While she is known to be an honest and courageous person, that also means she's a bit too audacious in her actions.

The gameplay experience will be fairly straightforward - players will proceed through the scenario by completing a variety of quests. You can either go through the Main Story that focuses on Rudy's journey, tackling Sub-Quests that involve character episodes, and take on Events that are time-sensitive in nature. Basically, if you've played a gacha game before, this should be very familiar.

Finally, we have the combat system. Unlike previous entries where everything was turn-based, Million Memories opts for an action RPG style where you swipe the screen to perform a range of attacks, including a Force Ability that can turn the tide of battle.

As previously mentioned, development will be handled by Wright Flyer Studios with ForwardWorks serving as publisher. Animation is being led by A-1 Pictures and CloverWorks, while franchise producer Akifumi Kaneko and composer Michiko Naruke return in their respective roles.

Those who are interested in jumping on the bandwagon early can pre-register for Wild Arms: Million Memories through the official website. This opts you into select bonuses as pre-registration goals are met.

Watch the debut trailer for the game below:

And here is a batch of character artwork from the site:

2064: Read Only Memories out for mobile on March 6 and Nintendo Switch on April 5

Nihon Falcom to release Ys: Memories of Celceta for PlayStation 4 in Japan on May 16

Monster Hunter: World is the first PS4 title to surpass 1 million sales on the first week in Japan