Square Enix has made another major announcement for Dragon Quest Builders 2 during a new live stream dedicated to the game in Japan today. Some new features have been introduced in this stream, including a Message Board where players can share in-game photos for others to see. Players can also upload and download islands so that other people can check out the creations in person. It is also confirmed that the sharing of photos and islands will support cross-platform as the data can be shared between PlayStation 4 and Nintendo Switch versions.

Also announced in this live stream is a demo of the game that will go live at both PlayStation Store and Nintendo eShop in Japan on December 6, which is exactly two weeks away from the Japanese release date. Players will also be able to try out some of the Message Board features in this upcoming demo. 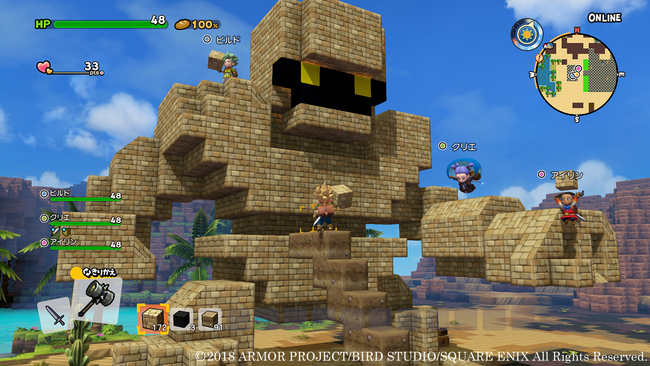 Dragon Quest Builders 2 will be released for PlayStation 4 and Nintendo Switch in Japan on December 20. An English localization of the Switch version has also been teased by Nintendo, which may be out in the West in 2019.