Continuing off from last month, Compile Heart has delivered another information batch for Azur Lane Crosswave, the console game adaptation of the popular mobile ship-girl RPG Azur Lane. This batch also comes with the first official news trailer which has a sneak peek of the gameplay systems.

Just like any other RPGs, Azur Lane Crosswave has field maps where you can move characters within. When battles occur, the gameplay will switch into a 3D shooting action mode where you will directly control the ship girls as they move around the sea, shooting their main guns and torpedoes against enemy ships as well as AA guns to fend off enemy aircraft.

In the trailer, Compile Heart also confirmed that Azur Lane Crosswave will have a Photo Mode where you can freely enjoy taking photographs in the game. Crosswave will also have many new BGMs not heard in the original mobile game. 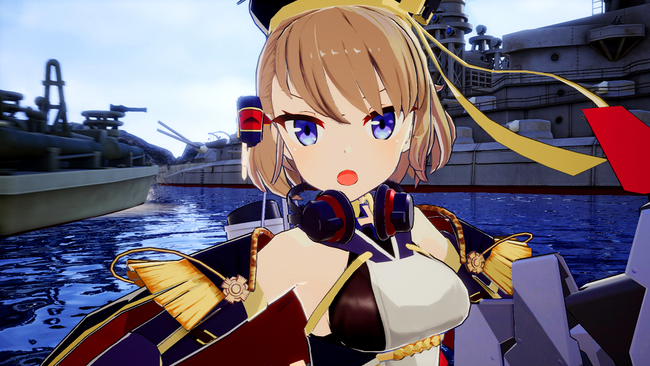 This batch also confirms the appearances of more characters. However, not all of them will be playable. Some characters will be only selectable as the secretary or support ships, while the Sirens, in particular, will only appear as enemy characters.

All characters appearing in Crosswave will have their own main and sub-stories which will be fully voiced in Japanese; even the Siren character Purifier is newly confirmed to be voiced by Marika Kouno and will get her own sub-story as well.

You can read the biographies of the newly added characters, as translated from the Japanese official website, right below. Azur Lane Crosswave will be released for PlayStation 4 in Japan in 2019. Although the original mobile game has been available globally, Compile Heart has yet to confirm an English localization for Crosswave. 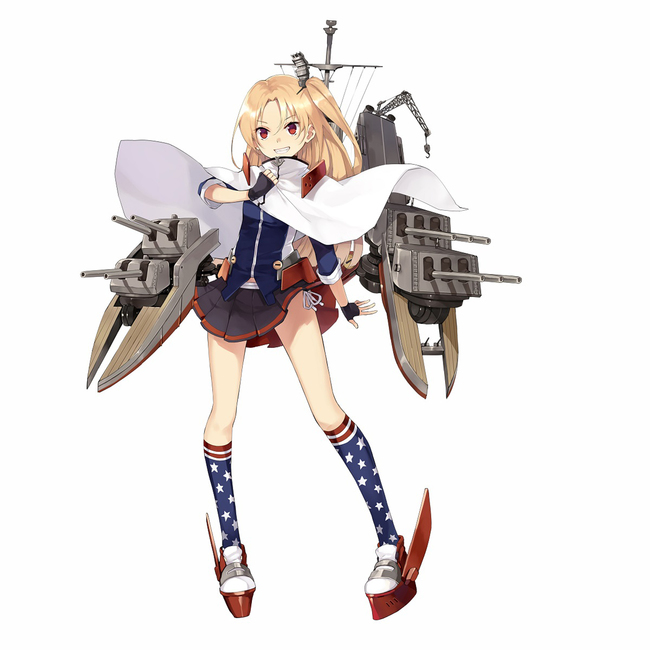 The girl who carries the core of Eagle Union's battle potential. She is also the reliable eldest sister who has younger sisters; each with their own individualities.
Due to her neat and good personality, she often gets treated like a boy by people around her. She also has a refined hobby in Bonsais.
She heard that the one who got chosen as the MVP on the last day of the Joint Exercise will receive a bonus, so she volunteered by herself.

Sub-Story:
One day, Cleveland found a familiar pony and nursed it gently. After that, HMS Unicorn appeared before her and said the following:
"Indeed...! You are the prince on the white horse...!"
Why the 'Indeed' though!? That just marks the start of a very long day for Cleveland... 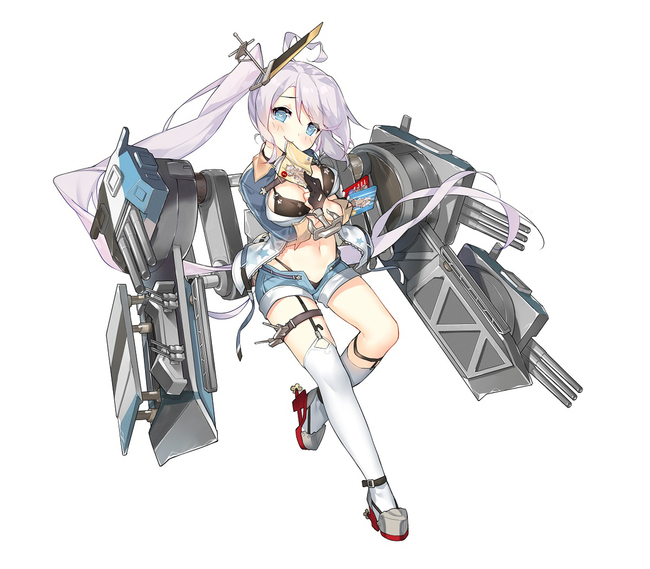 A rather troublesome woman from the Eagle Union, because when she opens her mouth she will always brag about her younger sister. She is excessively doting her sister, and she sometimes disturbs her surroundings by praising her sister with a melting smile and storytelling speech.
In the Joint Exercise, she ends up getting chosen as a main member on her own while leaving her sister behind, and her world fleeted away for an instant. But thanks to her positive nature, she regained her objective.
She heads towards the grand stage while holding the just-published "thin book" of her sister in her mouth...!

Sub-Story:
"Don't just flatter your sister; you should also polish yourself!"
She gets heavily reprimanded by Admiral Hipper, whom she made acquaintances within the Joint Exercise.
"R-right! I must visit a suntan salon, and I should also prepare colored contact lenses..."
"I told you it's not about the fashion...!"
If there is no progress in her mind, her younger sister's growth will someday surpass her. Is she okay with that as the elder sister?
The elder sister makes her next step in front of a sincere question from a new friend. 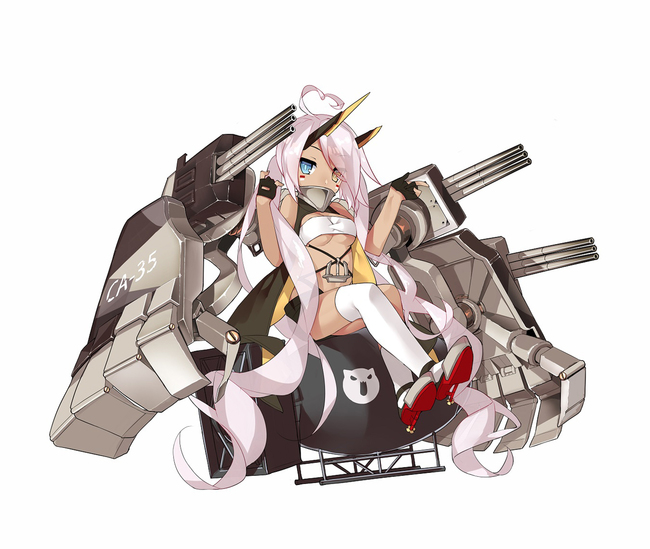 Being Portland's younger sister, she belongs in the Eagle Union, of course. A charming girl who has odd eyes, beautiful brown skin, and pale pink long hair. She is different from her elder sister not only in looks but also with her quiet personality.
She wears a rig specialized in defense and cleverly handles support. Although her sister has some troubling aspects, she basically trusts her.
She looks forward to interacting with friends from other factions in the Joint Exercise, and she is also proud to be able to perform as Portland's younger sister.

Sub-Story:
At the XXth Joint Exercise, Indianapolis gets to work as a waitress. At the same time, HMS Norfolk is also working as a waitress, but she ends up breaking a plate. Indianapolis takes a certain action towards Norfolk, who has completely slumped down. 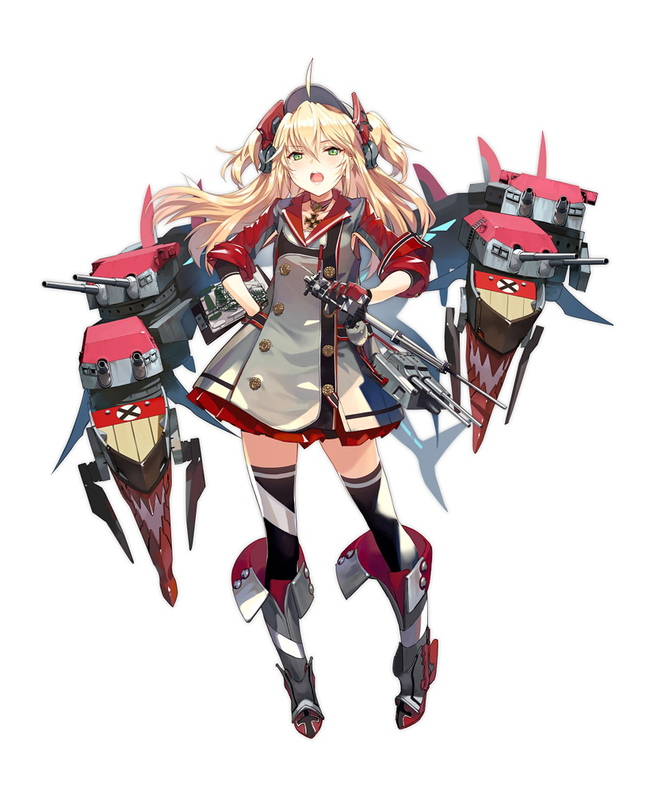 An elite of the Iron Blood, along with her sister Prinz Eugen. With a different direction from Eugen, she is hardly being frank and is often angry, but that is only when the concerned addressee is right at front of her. The only word suitable to express that is "Tsundere".
Eugen can clearly see through that so Hipper feels discontent with her, but the relationship between these sisters is not bad.
Hipper participates in the Joint Exercise as a support member. At the first glance she may look sulky, but deep inside her heart, she gets encouraged in interacting with Eugen and others.

Sub-Story:
Admiral Hipper said in a cold manner, "Hey you... how about becoming a bit more frank?"
The addressee said while holding her tears, "...Hammann doesn't want to be told about that especially by you!"
The two girls are talking about their problems on that day. 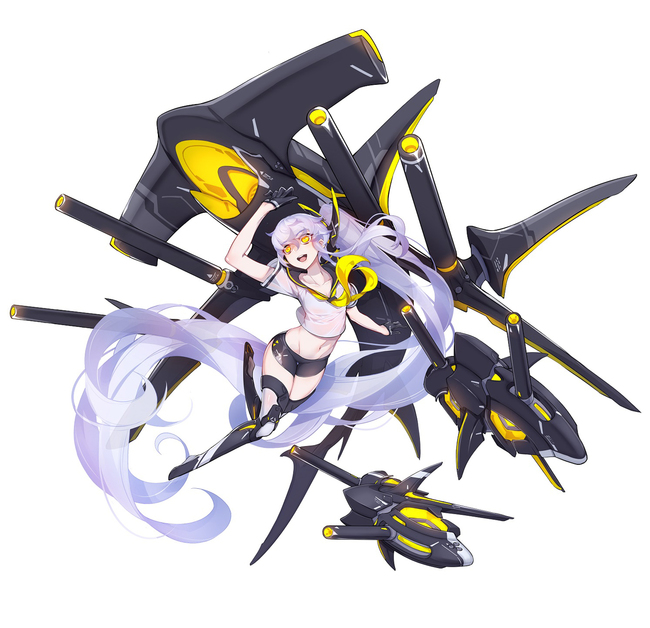 One of the Sirens, mysterious beings that suddenly made their appearances in this world. Even among the Sirens, Purifier is known to have greed towards "objectives". She prefers a domineering way of speaking.
It looks like she is not comfortable with this peaceful world which has no conflicts, so she definitely would not ignore the Joint Exercise. She is now working on her own strategy, but will she be able to fulfill her plans?

Sub-Story:
Purifier received an unexpected invitation from a certain popular idol.
...What on earth did the addressee expect? Or was she actually not thinking about anything at all?
The Siren is being pressed with drastic choices to make.