Idea Factory International has released a new screenshot batch for Death end re;Quest, introducing the 'Real World' elements of this JRPG, as well as introducing more characters of the cast.

Idea Factory has also announced that pre-orders will open on PlayStation network on January 15. In addition to the game stand-alone, a Season Pass bundle will also be available:

PSN users can grab the Deluxe Bundle with the Season Pass, which includes the game and all DLC priced at $74.99. PS+ users will also get the chance to get 15% off the bundle and EARLY ACCESS to the Summer Swimsuit Bundle. The season pass will be available for purchase separately post-launch for $19.99 (14.99 for PS+ users). Season Pass holders will be able to access each DLC according to its release date. 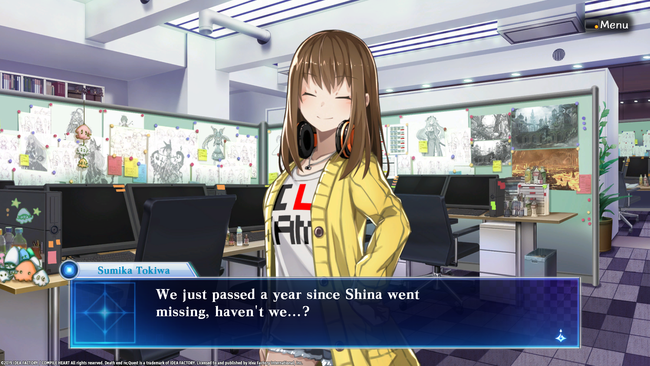 Find a description from Idea Factory and a screenshot set below.

Players must jump back from the World's Odyssey (W.O.D.) and into the real world to unfold the mysteries of Enigma Games and W.O.D. Meet a colorful cast in the Real World, through the lens of a visual novel, as they assist Arata in helping his dear friend, Shina, escape the terrifying World's Odyssey.

Death end re;Quest is set to release on February 19 in North America and February 22 in Europe for PlayStation 4. You can check out the previously released Dungeon Navigation screenshots, Battle System Pt. 1 Trailer, or Battle System Pt. 2 Trailer.