Compile Heart has revealed in Japan that they are going to release Moero Chronicle Hyper, a 3D dungeon game featuring cute monster girls that will be available digitally, exclusive for Nintendo Switch.

This title is based on the original Moero Chronicle which was previously released on PlayStation Vita in 2014 and later on PC via Steam in August 2017. The player assumes the role of Io, an ordinary man who was forced by the town elder to embark on an adventure to save the world. As Io cannot fight in battles, he enlists the help of Monster Girls that have come to help him by fighting in the frontlines, while Io himself can still support them by giving items. Io can also recruit more Monster Girls into his party, or even occasionally befriend defeated monsters into pets.

Moero Chronicle Hyper will also add the following features to the game:

Moero Chronicle Hyper will be released for Nintendo Switch digitally in Japan on January 31. As the eShop page only indicates Japanese language support, an English localization for this game has yet to be confirmed. 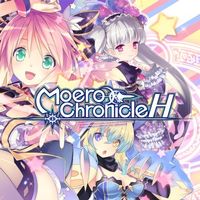