Compile Heart has finally confirmed the full release date for Azur Lane Crosswave in Japan. This console game adaptation of the mobile shipgirl game Azur Lane will be out on August 29.

More new screenshots for the game have also been published, which you can see at the bottom of this article. Other than showing in-game visuals of HMS Illustrious and HMS Ajax, this batch also newly confirms the addition of the famous light cruiser HMS Belfast into the playable roster.

It is also confirmed that Neptune, the protagonist of Compile Heart's flagship series Hyperdimension Neptunia, will be available as a pre-order bonus playable character. Neptune will don the same ship rig from last year's collaboration event on the original mobile game. 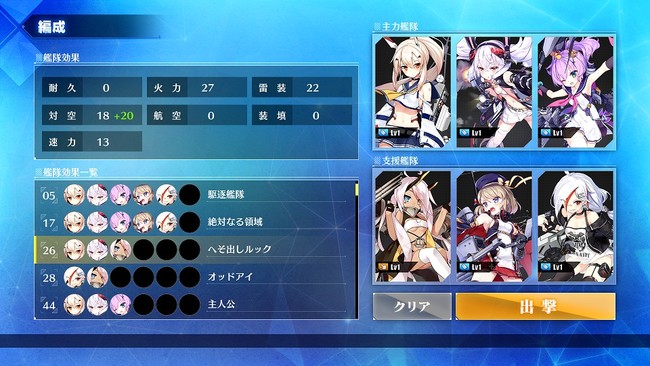 One of the new screenshots for the game in this batch showed the Fleet Composition menu where players will be able to form the fleet with their favorite ships. While the main fleet can only be filled with playable ships, the support fleet can comprise of both playable and NPC ships.

There are also a Fleet Effect feature that gives stat bonuses to the overall fleet depending on the ship girl combinations, from the same ship type like Destroyers to similar visual features such as odd-eyes or even visible navels.

Azur Lane Crosswave will be released for PlayStation 4 in Japan on August 29. An English localization for this game has yet to be announced.