Strategy RPG 'God Wars: The Complete Legend' to release on Steam this June

Kadokawa Games has announced that God Wars: The Complete Legend will release on June 14 for Steam. Find the announcement information in the original post below.

Kadokawa Games has announced that God Wars: The Complete Legend will launch for PC via Steam this June. You can find the store page here.

The original version of the game - God Wars: Future Past - originally released in 2017 for PlayStation 4 and PlayStation Vita. The game then received a re-release for Nintendo Switch in 2018 - titled God Wars: The Complete Legend - which came bundled with DLC, new story content, and post-launch updates. (This new content was also offered for the PlayStation versions as DLC). 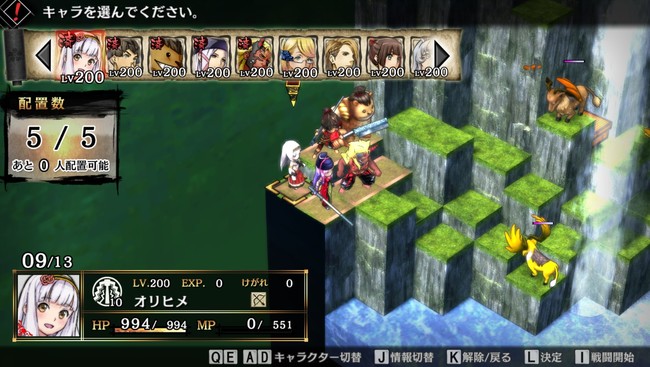 The Steam re-re-release of the game includes a few more small updates. Characters can be ordered in a formation queue on the battle preparations screen, and then the order of these characters can be used to automatically place units on the map at the start of a battle. Kadokawa states that this new formation function will also be offered as a patch to the previous versions of the game. The PC version will also include keyboard and mouse support.

Find a new trailer, overview, and screenshots below. Trailer grabbed from the Steam page via Gematsu.

The game introduces new elements such as “Status Effects”, “Hate Elements”, “Decoys”, and “Summoning Beasts” into this traditional Tactical RPG. It adds both fun and attraction while inheriting the lineage of classical Tactical RPG making this a truly advanced and ultimate edition of Tactical and Strategy RPGs.

Players can now enjoy the main scenario, “The Future Past” and additional challenging stages, “Labyrinth of Yomi” and “The Deep Levels” in this game. “Labyrinth of Yomi” is an intermediate level stage where players are required to fully develop their characters “Jobs” to clear the stage. New challenges for advanced players awaits at the last stage, “The Deep Levels” where players will need to configure and determine optimal formations from the character’s exclusive job and exclusive skills as well as coming up with effective strategical tactics.

The heroine “Kaguya” controlling her destiny by her own will and her friends who join along the path on this journey establishes the legendary ancient kingdom of “Yamataikoku” by overcoming various obstacles and challenges. Among the friends and other characters who will come across in this adventure are 25 including “Momotaro”, “Urashima”, "Okuninushi", “Sakuya”, a motif of “Konohanasakuyahime”, and “Iwanaga” who are all legendary heroes of myths and fairy tales representing ancient Japan.