Square Enix has released a 'Jumbo Demo' for Dragon Quest Builders 2 ahead of its launch on Steam next week. Progress from the demo can be transferred to the full game.

The demo contains the first three areas of the game, including the tutorial area, the deserted Isle of Awakening, a large portion of the Furrowfield island.

The Steam version of the game includes all of the Season Pass content found in the PlayStation 4 and Nintendo Switch versions of the game, but a few additional goodies are also available for pre-orders. You can check out more details in the announcement post. 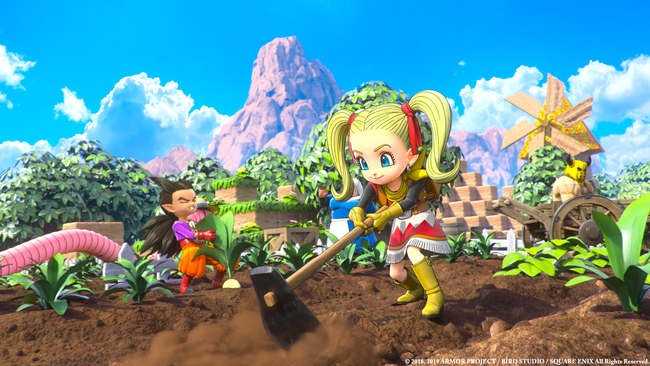 Start by customizing your character and set off to your first encounter with the children of Hargon. Team up with Malroth in the Isle of Awakening and sail to Furrowfield to help the villagers rebuild their town! Do not be shy to explore young builder, as you can transfer your save data to the full version of DRAGON QUEST BUILDERS 2!