The highly-anticipated Final Fantasy VII Remake is to be delayed by just over a month, Square Enix has announced.

The game, which remakes not the entirety of the original FF7 but rather retells and reimagines the chapter of the story that takes place in Midgar, was originally set to release on PS4 on March 3rd of this year. It'll now release on April 10th.

"We know that so many of you are looking forward to the release of Final Fantasy 7 Remake and have been waiting patiently to experience what we have been working on,” said FF7 Remake Producer and original FF7 Director Yoshinori Kitase in a statement sent to press and posted to social media.

"In order to ensure we deliver a game that is in-line with our vision, and the quality that our fans who have been waiting for deserve, we have decided to move the release date to April 10." 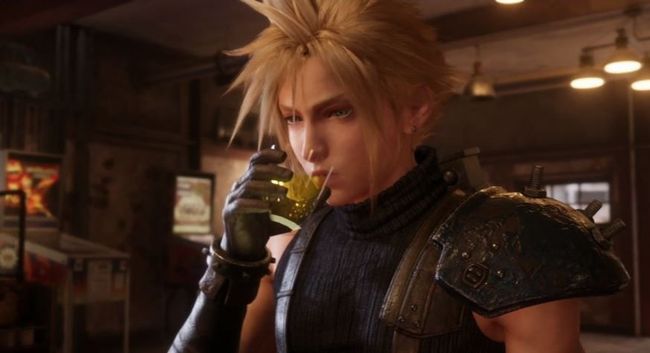 One way to cope with the delay is to make like Cloud here and hit the liquor.

The delay follows a catastrophic leak where a playable demo of FF7 Remake was downloadable from an unprotected PlayStation Network server, enabling users with hacked PS4s to play the demo and enterprising hackers to remove data that unveiled full-game spoilers for the changes and additions for the full length of the first game in the remake series. This new date also puts FF7 Remake just 4 days before Cyberpunk 2077, so RPG fans will have some hard choices to make about how to spend their time.

Final Fantasy fans will be used to delays, of course, as FF15 also saw a last-minute delay in an attempt to course-correct a game that was clearly coming in very hot. Hopefully the delay fares better for FF7 than for FF15, which got where it needed to be but not until over a year after the initial launch.