Sega has announced that the closed beta test for Phantasy Star Online 2 will run from February 7 to February 9. The test is for North America only and for Xbox One. Participation in the beta will also reward players with items that can be used when the full game launches later this Spring.

We've shared the press release below in full, which details the rewards, event times, and information on how to participate in the beta.

Phantasy Star Online 2 is also set to come to PC, but the official website notes that the PC version will launch later in 2020. 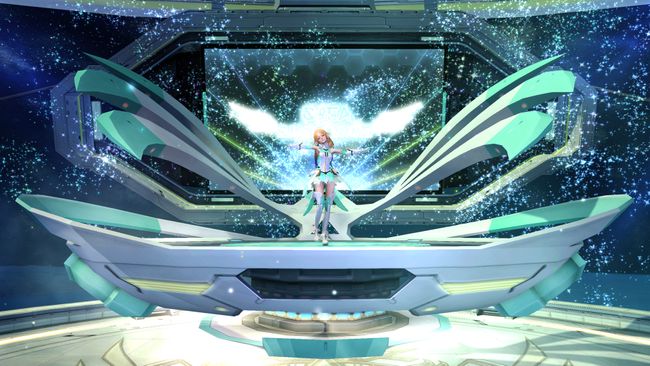 This closed beta test will introduce North American players to the PSO2 game world with fully localized text and character voices in English. Players who participate will retain their progress from the closed beta test and those who answer the call during “Urgent Quests” have a chance to obtain special in-game rewards that can be used when the game launches in Spring 2020.

Players are invited to explore numerous worlds with friends and experience PSO2’s unparalleled action combat and character customization. Choosing from four unique races and nine classes, players can join forces with up to eleven other operatives at a time to experience unforgettable battles and boss fights.

Beta testers will also have a chance to claim the following special rewards after logging in:

In addition, special events called Urgent Quests are scheduled for the following times (all times PST):

In honor of the North American kickoff, there will be a special in-game concert featured on Saturday night, February 8th at 8:00pm PST for all players. Concertgoers can meet in the Ship’s Shopping Plaza for a memorable performance and receive multiple buffs afterwards -- a community experience not to be missed!

Players can secure their spot now for the closed beta test for Xbox One. Find out how at www.pso2.com or with the Xbox Insider Hub for Xbox One or Windows 10!

Once the app is installed, here’s how to register for the game:

When the PSO2 Closed Beta begins, registrants will be notified via Xbox Live message. For additional details and updates leading up to the start of the closed beta, visit www.pso2.com and follow @play_PSO2 and @XboxInsider on Twitter.