Bandai Namco has posted new information and screenshots for Digimon Survive, detailing a new character and a new gameplay system. 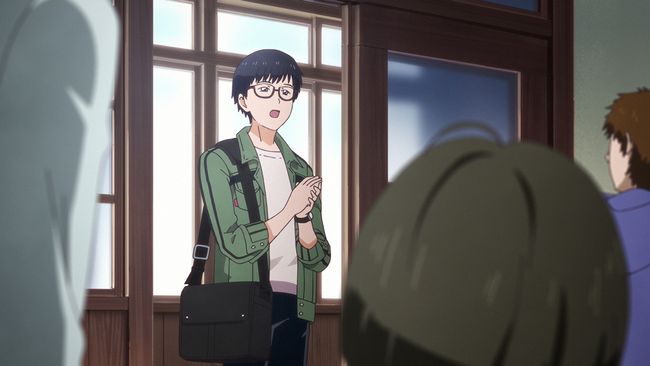 A kind, gentle, and nice person who is trusted by people around him. Takuma and others also consider him as a dependable leader, but when they get lost in another world where common sense doesn't work, it exposed his weak side where he prioritizes enthusiasm over stamina and blames other people and the environment when things go wrong. His partner digimon is Lopmon (voiced by Naomi Ozora).

In Digimon Survive, the young people who get lost in the other world still don't know how dangerous the place is, they're taking photos and videos of the wondrous scenery with their smartphones (digital devices). When Takuma prepares his own smartphone camera, he noticed that the screen is getting jammed by noise and is startled by it.

There are things in this world that cannot be seen by human eyes and can only be detected with electrical devices. During the gameplay, you can view suspicious places with the camera and you may find new discoveries from keys to proceed through the exploration, items that strengthen your monsters, or even hidden monsters lurking around.

Digimon Survive will release in 2020 for PlayStation 4, Xbox One, Nintendo Switch, and PC. In case you missed it, the previous update detailed characters Ryo Tominaga, Saki Kimishima, and gameplay structure.