Ara Fell: Enhanced Edition to release on all consoles March 26

Dangen Entertainment and Stegosoft Games have announced that Ara Fell: Enhanced Edition will be hitting all platforms on March 26 in English and Japanese.

Initially released on Steam in 2016, Ara Fell is a 16-bit era Japanese-style RPG. The new Enhanced Edition will be released for not only Steam, but nearly every platform on home console and mobile. The Enhanced Edition features a variety of upgrades and changes including: a revamped battle system, new side quests, overhauled UI, new character classes and skills, upgraded crafting system, new enchant system, new aspect ratios, new difficulty modes, autosave feature, Twitch integration, and more.

Find the trailer, more details and a screenshot gallery below.

Ara Fell combines the best parts of Japanese-style role playing games with the best parts of western RPGs, as well as including elements of visual novels and adventure games to create a truly unique experience. Atmosphere, emotion and surprise lie at the forefront of Ara Fell's story, driven by deep and accessible characters, each with his or her own past, their own desires and their own motivations for joining the protagonist’s quest. Join Lita and relive the golden age of RPGs with a game that both pays homage to the past greats, as well as blazing its own trail. 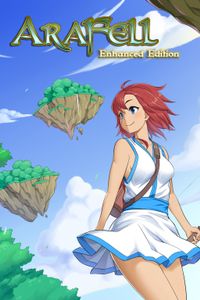