Koei Tecmo has published more new details and screenshots for Nioh 2, the sequel to Nioh which has recently surpassed 3 million units shipped. The new screenshots show even more characters, stages, and battle scenes.

Some of the screenshots reveal that the key character Toukichiro will have an older character design as the story progresses. He is shown at one point to own a secondary Guardian Spirit in addition to the monkey spirit Masaru, and somehow confronts your character - the protagonist Hide - and challenges you to a duel. 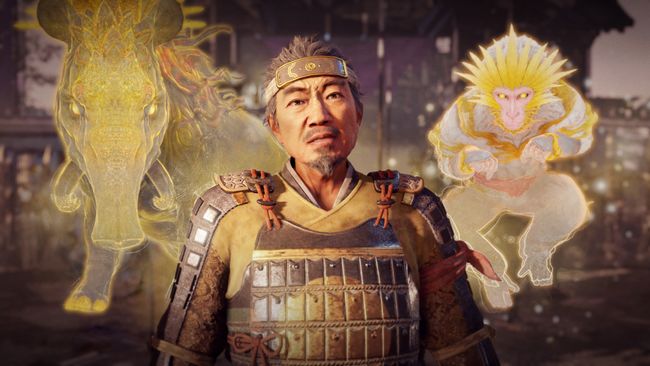 The Hidden Teahouse makes its return in Nioh 2, with Matsunaga Hisahide a.k.a. Danjo still managing the place. The Clan Battle feature - where players join clans that are randomly grouped into two sides and compete for the total amount of Glory obtained from clearing stages - is still intact, and players can still trade Glory points for various items.

Nioh 2 will add a new Tea Utensils Collection feature where players can collect utensils from various stages and then have them appraised by Danjo, who will break bad items and preserve the good ones that will be returned to the player. You can place them as decorations in your Hut. Up to 4 different utensils can be placed, and each of them will improve the following parameters: Luck, Money earned, or Tea Utensils drop rate. 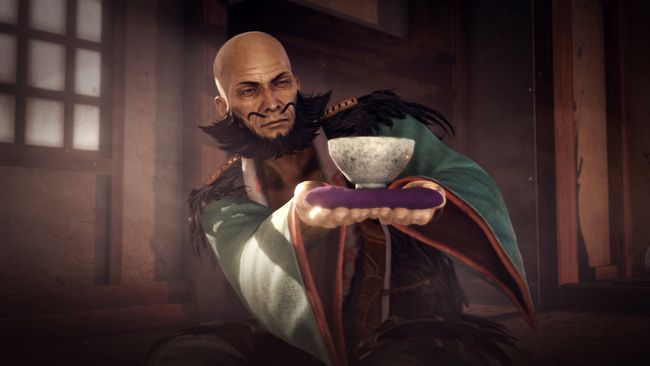 Nioh 2 for PlayStation 4 will launch worldwide on March 13. The Last Chance Trial version is currently available for a limited time until this weekend on March 1. It features a new stage where you can eventually fight against the boss yokai Ryomen Sukuna. You can read the biographies of the newly shown characters right below. 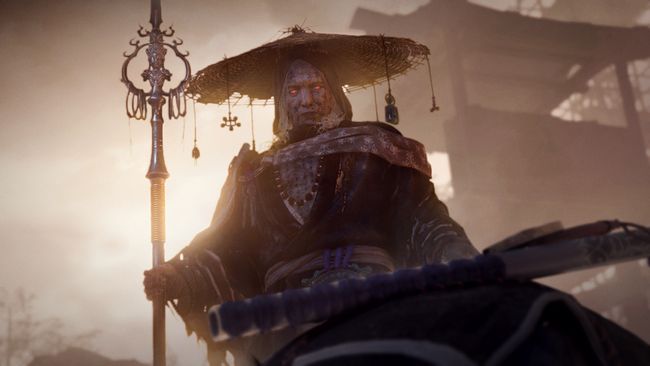 Kashin Koji (voiced in Japanese by Hochu Ohtsuka)
A strange person whose eyes are glowing bright red and wielding a khakkhara staff. His true identity is shrouded in mystery. He plotted behind various incidents, and he was also the one who assaulted Hide and Miyoshino at their resting place. 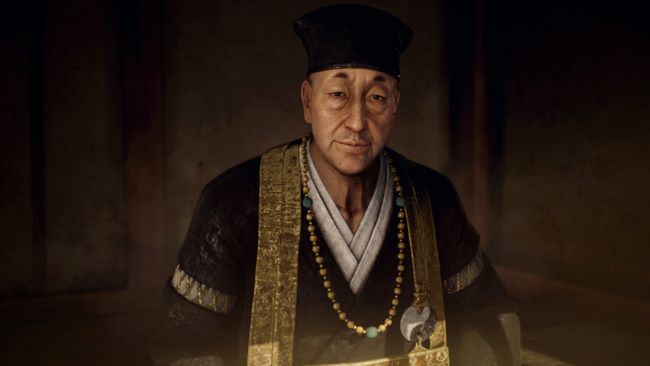 Sen no Rikyu (voiced in Japanese by Michio Hazama)
A tea ceremony master who served multiple daimyos including Oda Nobunaga after having previously worked as a merchant in Sakai. He would later serve Toukichiro as a tea master, where he is also considered as a close aide. But due to a certain reason, he will promise full cooperation towards your character Hide.

Rikyu's Guardian Spirit is Isanagami, a castle-carrying whale that, when summoned by the player, will rise from the ground and launch a gigantic spray of water forwards. 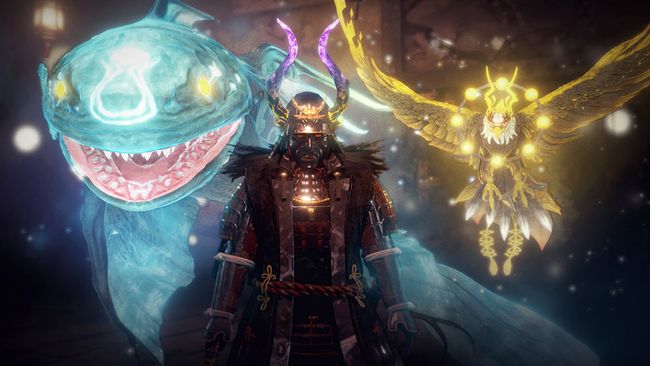 Saito Yoshitatsu
The daimyo of Mino. Despite being the legitimate child of Saito Dosan, he's hostile against his own father. Although the Saito had forged an alliance with Oda Nobunaga, Yoshitatsu makes a conduct that puts the Saito's Mino province and the Oda's Owari province into war once again. He is also shown to have two Guardian Spirits and has even turned himself into a yokai ogre.