Koei Tecmo has released more new information and screenshots for Nioh 2, revealing even more characters and battle stages that will appear in the upcoming game. The characters introduced today range from people based on historical figures in the Japanese Warring States era to original characters that play important roles in the game's story.

Some of the screenshots published today are taken from the Kitanosho Castle stage. Historically, this castle belonged to Shibata Katsuie, who also made his last stand there after losing the battle of Shizugatake during his confrontation with Toyotomi Hideyoshi. After winning a duel against Maeda Toshiie in this stage, the player will eventually battle Katsuie himself - who somehow has been infused with spirit stones and turned into a yokai ogre, similar to Magara Naotaka and Azai Nagamasa.

You can read biographies for the recently revealed characters right below. Nioh 2 will be available for PlayStation 4 on March 13. 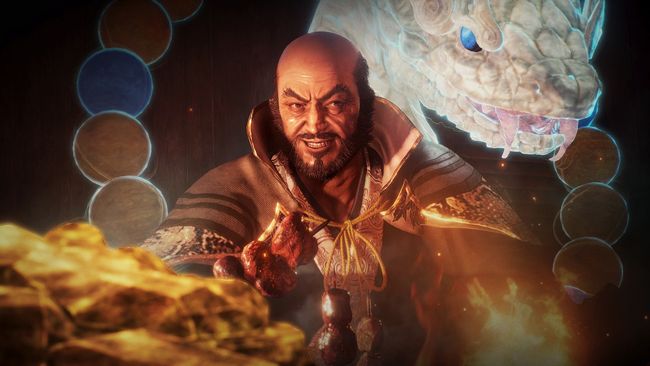 Saito Dosan (voiced in Japanese by Kazuhiro Yamaji)
The former daimyo of Mino. An ambitious person who won his daimyo seat by taking over his own superior, he is also known with the title "Viper of Mino". Although he used to have a conflict against the Oda clan from Owari, he managed to make peace by marrying his daughter Princess Noh to the heir of the Oda, Nobunaga. Doing that further solidifies his rule on Mino. He has handed over the family rule to his son Yoshitatsu and is currently living in retirement.

His guardian spirit is the White Viper, which when used by the player will spin around and inflict poison to enemies trapped within. It will also gradually raise while spinning, juggling the enemies in the process. The player will then be able to deal extra damage to enemies that have been downed after the viper's attack. 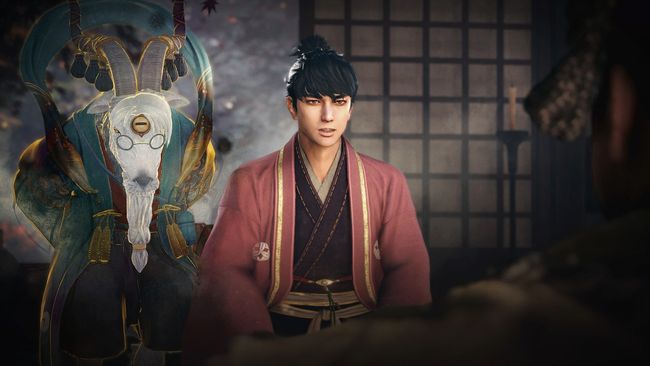 Takenaka Hanbei (voiced in Japanese by Yuya Uchida)
An officer from Mino. He served the Saito clan at first and defended Mino when the Oda clan invaded the province. He is known for his rare wisdom, especially in one case where he conquered his lord's main castle at Mount Inaba with a small number of troops just to remonstrate with his lord.

His guardian spirit is Hakutaku, the intelligent sacred beast that is well-known in Japan and China. After Toukichiro is able to cleanse the impurity on the spirit that had also been affecting Hanbei's health - which caused him to call an early retirement - he becomes willing to assist Toukichiro and Nobunaga in conquering the Mount Inaba castle.

When the player equips the Hakutaku, it can launch a thunderball that floats slowly but makes a large explosion when it comes to contact with an enemy. The explosion is so large which makes it effective against multiple enemies in a dense formation. 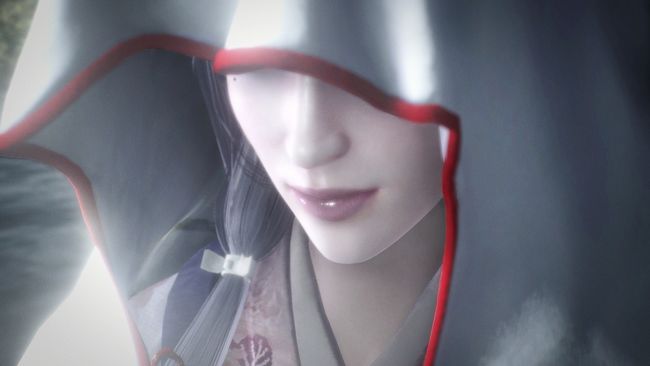 Miyoshino (voiced in Japanese by Kikuko Inoue)
A beautiful female yokai shrouded in mystery, she is an original character who has an important role in the past of your own character, the half-yokai protagonist Hide.

You used to live peacefully with her until both of you were attacked by a mysterious man wielding a khakkhara staff. Miyoshino used the last of her powers to entrust a small knife to you.