Only about 3 months after a surprising announcement in May, cult favorite JRPG Grandia II will be available on Steam and GOG storefronts later today.

While the original Grandia II had an earlier port to PC a few years after its initial launch in 2000 - as well as a port on the PlayStation 2 - both were significantly marred with performance issues and neither could stand up to the Dreamcast original, which I can attest to personally.

I actually played through the Grandia series for the first time myself relatively recently - just back in 2013. Without a Dreamcast I sadly had to settle for the PS2 version of Grandia II, which proceeded to lock up on me no less than eight times during my playthrough. Hearing that a new PC version of the game was coming therefore easily caught my interest.

Luckily, this new PC version, dubbed Grandia II Anniversary Edition, is based off of the Dreamcast version. I had a chance to play through most of the re-release this past week. While we'll likely deliver a more full, scored verdict later, here are some simple highlights for those on the fence about or merely interested in checking out this new version, either as a nostalgic fan of the game or as somebody looking to try out Grandia II for the first time.

First thing's first - what most PC folk will be keen to know - what does the configuration screen look like? What options does it offer?

As announced we see a selection for Japanese/English voices as well a VSync toggle, Full-screen/windowed toggle,  and up to 8x MSAA anti-aliasing. Up to 1080p native resolution is supported. That's it for configuration options.

These resolutions are supported, then, but there is a catch - Grandia II Anniversary does not support native widescreen. If you untick 'Keep Aspect Ratio', you will get a stretched image for selected widescreen resolutions. Otherwise, a resolution like 1920x1080 will actually be a 1440x1080 image with black borders, for example.

In actuality, while this re-release was initially teased as a remaster, it's a very light one, a loose definition of remaster indeed. Some of the models and building textures have been upscaled and slightly sharpened a bit and some shadows have been upgraded, but otherwise this edition does not see dramatic enhancements on a scale that compares to several remasters in recent years. The game also remains locked to a 30fps frame rate.

I tested two different systems when checking out the performance of Grandia II Anniversary Edition: A gaming-capable laptop with a built-in high performance Nvidia graphics processor, and a dedicated gaming PC equipped with an Nvidia GeForce GTX 780. Considering the original age of the game, I wanted to see if a lighter machine would be capable of running the software without much hassle, thus checking the game out on a lower-spec system.

Despite past success running HD-era games at medium/low setting, the experience proved problematic for the laptop. At 720p resolutions or higher, the in-game hovered at unstable framerates less than 15fps, as the characters sluggishly traversed the screen in and out of battle - effectively making the game unplayable. Only at 'sub-HD' resolutions was I able to get playable performance, and even then the framerate had a tough time staying steady.

The dedicated gaming PC ran the title perfectly well at 1080p, however. If you were planning to playing Grandia II Anniversary on a less powerful machine, hopefully you have better success than I did if you wanted to keep the higher resolutions.

Otherwise, Grandia II Anniversary avoids the problems that plagued the non-Dreamcast versions resulting in a solid, though simple, PC port. I recall when playing Grandia II on PS2, the game would struggle significantly everytime the camera panned to show the player the layout of each city. No such obvious issues this time around.

Those expecting a remaster similar in vein to Final Fantasy X or Majora's Mask 3D are probably going to be disappointed. Grandia II Anniversary is more of a slightly tweaked port than a remaster - note how the publisher has decided not to call it 'Grandia II HD' or something along those lines; that name choice is clearly deliberate, to avoid being accused of misleading gamers. However, the upscaled art direction can be pretty nice and clean on its own.

Another small thing I felt could be better is the overall audio balance. Sometimes sound effects would overpower spoken dialogue, and enemy grunts were probably too loud in general. Unfortunately there are no in-game sliders for audio levels.

With that said, considering a well playable version of the game was previously only found as a physical Dreamcast disc, having a working and easily accessible version on PC is a really good thing for historical archival purposes alone. Newly included Japanese voice work is also a notable feature for those who prefer sticking to the original voiced language.

One all-new addition to Grandia II Anniversary is the inclusion of a new Hard difficulty mode - something I was certainly looking forward to, as I felt the original game was a bit too lenient when it came to challenge.

From what I can tell, all the mode actually does is raise all monster HP by 20%. Unfortunately, this doesn't practically change the flow much for a large portion of the game. Not until late bosses (where a 20% HP increase is significant) did I start to see a noticeable difference on this front.

Update: Gung-ho has revealed that Hard Mode also increases enemy action speed and defense. Just to be upfront, I did not notice this throughout my playthrough.

Update: This glitch has been patched.

The majority of my time with the game was issue-free with respect to glitches, but I started noticing something odd that occasionally happened on the after-battle results screen. After some testing and consistent reproducibility, I decided to highlight this glitch in some detail.

Sometimes, if you clear a regular encounter exceptionally quickly, and skipping post-battle outros (by, say, repeatedly pressing the confirm button to get the results screen out of the way more quickly), the battle won't award the player the coins it should have.

I get into a regular encounter with any enemy group, finishing them off quickly and pressing the confirm button to shorten post-battle speech and animation.

After battle, item text shows up as a glitchy block and apparently no coins/exp are awarded.

A battle that should have awarded me coins and EXP only awarded me EXP, and the coins were somehow lost. As far as I can tell, this glitch is reproducible - clear a battle in a single move or two and preempt the results screen. It can be easily avoided by simply letting the results screen pop up on its own in these cases, but hopefully Gung-Ho can get this fixed shortly.

Finally, have some screenshots from my playthrough of the game - click on any thumbnail to enlarge. 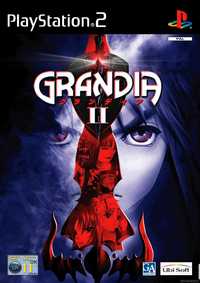