Scattered throughout the world of Ni no Kuni II: Revenant Kingdom are mysterious passages known as Dreamer’s Doors. Many have attempted to investigate what lies beyond their entrances, but no one has been able to bypass the magic that seals them shut. Locked though they may be, it turns out the Dreamer's Mazes are behind those doors. Damn locks. There's no way past them.

That is, until now, thanks to the Dreamer’s Key created by a woman named Professor Mileniyah. She is interested in joining your kingdom, but before she is willing to do so, she wants you to find out more about these mazes. With that in mind, in this guide, we'll be sharing with you all the locations of the Dreamer’s Doors so you will be able to explore their secrets for yourself!

Once you've taken down the Dreamer's Mazes, check out more of our Ni no Kuni II: Revenant Kingdom guides:

What Are the Dreamer's Doors?

There are nine of these “Dreamer’s Mazes” in total, each containing an object called a dream fragment. They can be found by simply using the markers through the Quest page of the main menu, so there's no need to go hunting around the map to find them - the game will tell you exactly where they are. You don't need a guide for that!

Once you get inside the maze itself, things get a little hectic. Through the Danger Level gauge, these places start to increase in difficulty either through normal progression (it counts up by a percentage amount) or certain other "events", so time is certainly of the essence. 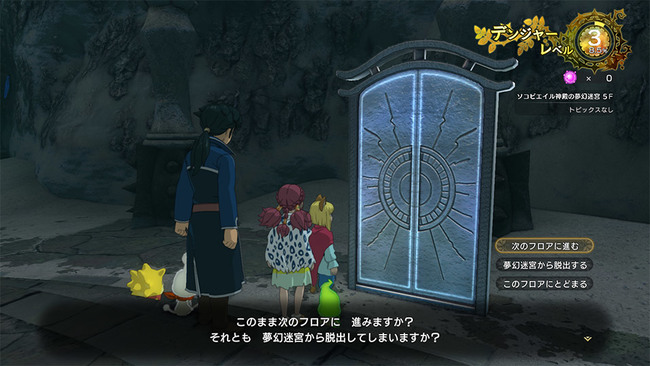 The goal is to find the door to the next area, while also serving as a great opportunity to fight enemies for EXP, gather high-quality materials, and find rare equipment.

Every sequential maze you attempt to complete will have more floors you will need to clear. The first maze starts with 5 floors, the second one has 6, and so on until the 9th door has 18 floors. The last floor of these multi-leveled dungeons is always the most difficult as they contain a boss character who must be defeated in order to complete the maze and obtain the key fragment.

How to Get the Dream Big Trophy

This is also a good time to point out that when you have completed all 9 mazes, Professor Mileniyah will tell you about a 10th Door that exists, located at the Faraway Isle. This contains a total of 30 floors! As you can imagine, this will prove to be incredibly difficult as the enemies in this particular maze are of a high level - the boss on Floor 30 is Level 95! Plus, the higher the Danger Gauge, the more challenging it becomes. This is also how you'll be able to obtain the Dream Big trophy which requires you to finish all 10 doors.

The thing is, the 10th Door is no joke. Even if you're around Level 70 like I was, the boss in this maze will kill you very quickly. To stand a chance, it is recommended for you to be around Level 85-90. To do that, I would suggest fighting the final story boss since after you finish the main story, they are easily accessible, and at Level 70, they're a joke.

Simply initiate the fight, lock on to the boss, and keep mashing that attack button over and over. You can even keep yourself preoccupied with your favorite TV show or whatever. Once you've beaten the boss, skip the cutscene, save your game, and reload it to wind up right in front of the final boss again. It may take a while, but I was able to go from Level 70 to Level 100 one morning by doing this. Once you're all ready and head into the maze, you'll discover you can beat this challenging boss in a few hits.

Get the Key Orbs

Defeating monsters will earn you these pink balls called key orbs. Accumulate enough of these and you can reduce the Danger Level by visiting one of the glowing statues that typically appear near the doors to the next level. 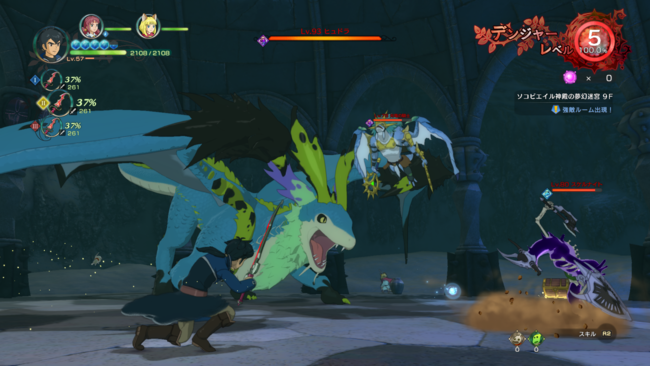 However, the amount they require to perform this act will increase every time you try and do so. You may also sometimes come across NPCs willing to do this as well - for a price.

It's also important to point out there are a lot of these pots and other objects laying around the map that more often than not contain those pink balls, so be sure to smash them up!

Make Great Use of Your Kingdom's Facilities

You should also consider building a Dimensional Lab back at your kingdom, which is unlockable once you get your castle to Level 2. The research found in this facility is insanely useful, like slowing down the Danger Gauge and the ability to draw more pink orbs.

While I wouldn't necessarily focus on this facility early on while you're trying to complete other facilities to make it through the main story, once that is over with, you should strongly consider doing so for reasons I will explain in the next section.

A Great and Fast Way to Earn EXP

These Dreamer's Mazes serves not only as a great way to find rare equipment and materials, but a quick method for leveling up your entire party! Because the monsters inside level up as the Danger Gauge goes up a level, you can sit around and wait for this to happen to maximize your EXP earning potential. 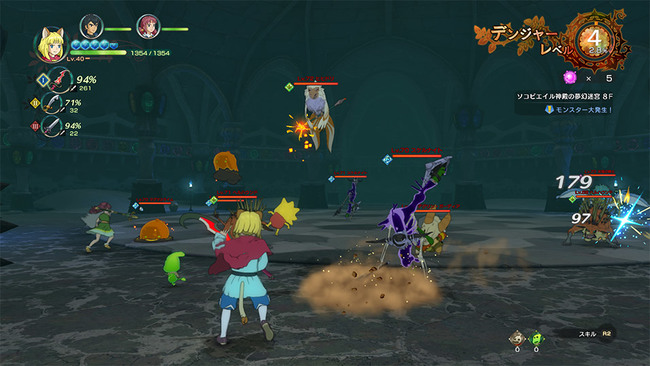 This, in turn, will help supplement everything else you are doing either during the main game or through post-game content (especially the season pass content). By taking full advantage of these areas, you can make the world of Ni no Kuni II a cakewalk!

Ni no Kuni II Silver Nugget Guide: how to get and farm silver nuggets

Ni no Kuni II Blue Chests Guide: How to open the locked chests and get amazing loot