Pokemon Quest may seem like a relatively stripped down and streamlined version of other Pokemon titles, but there's quite a bit to dig down into mechanically if you go and look for it. For example, did you know about the Bingo Bonus you can get for your Pokemon team? Despite the game having a number of tutorials, the Bingo Bonus is mysteriously left unexplained in Pokemon Quest. No worries, though, as we have the information about this mechanic!

If you need a bit more of an assist with this latest free-to-play Pokemon adventure, check out our other guides: 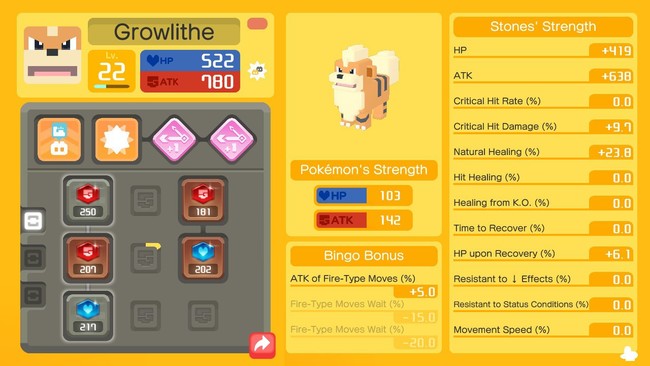 Getting the Bingo Bonus in Pokemon Quest

First off, you may be wondering, what exactly is the Bingo Bonus? As you can tell, every Pokemon you get has slots you can put Power Stones into to customize them and make them stronger. These slots unlock as you level your team up, and eventually you'll unlock three slots in a row. Fill in all those slots and you'll recieve a Bingo Bonus!

What the Bingo Bonus entails depends on the Pokemon. Above you can see Growlithe's bonuses, which are a big boon to the fire puppy's Fire Special attacks. Meanwhile, Psyduck's Bingo Bonuses revolve mostly around increasing his movement speed. Each have three to unlock, but they will undoubtedly help you when you're able to fill in the rows, so make sure to grab those Bingos whenever you can! 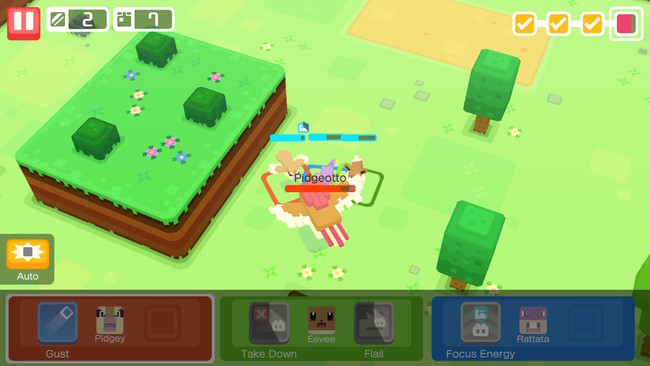 Of course, to obtain the Bingo Bonus, you'll need Power Stones to fill in your Pokemons' slots! Power Stones are generally gained at the end of an Expedition, though you can sometimes grab some as random drops from enemies. Power Stones are generally separated into ones that give you more attack power, ones that give you more health,and Move Stones (as in, your Pokemons' Special Moves, not movement speed). Only certain types of stones fit into certain slots, so you'll have to collect a variety of Power Stones in order to grab that Bingo Bonus!

But remember, you only have 20 slots for Power Stones at the start of the game, and this includes Stones that are equipped. If you want to build up a collection of stones, you'll have to cought up some PM tickets (the game's premium currently) to get more storage space.

Pokemon Quest Move Stone Guide: what every move stone does