How does Level-5 do in its first foray into the modern-gen market? Let's take a look!

We chat to the veteran voice actor about White Knight Chronicles, mythology and training the actors of the future!

Say goodbye to your comrades on June 18th.

Ever wanted to dress up as a White Knight in Playstation Home? Now you can - and chat with your friends while you play the game.

The international release gets a long-asked for feature. We also touch on the GeoNet social network.

With downloadable content and the EX versions of the game out of the way, it's time for the Awakening of the Light and Darkness.

Japanese gamers get some cool bonuses for picking up the new 'EX Edition' of the game. 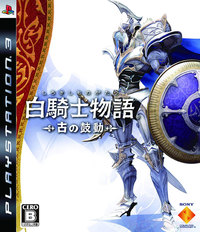