Roger falls into the most deeply involving single player experience ever, and still manages to come out with his thumbs intact.

Summer Games Done Quick 2017 is this weekend - here are all the RPGs that will be there!

It's that time of the year again!

Plus Elder Scrolls Travels: Oblivion on the PSP.

Oblivion to head to PSP?

US Retailer EBGames thinks so. 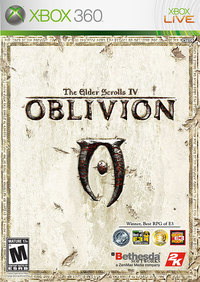