Laharl and his vassals Etna and Flonne make their long awaited return, but the road back isn't without a few bumps along the way.

Even More RPGs to watch for this year

There are a lot of RPGs coming this year, believe it or not!

Disgaea D2 gets a third trailer

Another glimpse at the SRPG wackiness.

Listen to the otherworldly cast in English.

Disgaea D2 gets a new trailer

The company is running the gamut of their offerings in Japan and bringing Disgaea D2, The Guided Fate Paradox, and Time and Eternity to the West.

Disgaea D2 gets another trailer

A ton of new shots, including a glimpse of Laharl as a girl.

First look at the SRPG in action.

The first full resolution screenshots and artwork are here. 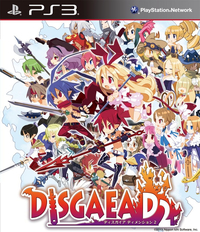