The first Atelier game of the HD generation gets a massive update, and it feels great.

See how much has changed

New Atelier Rorona Trailer Shows off a Multitude of Costumes

Dress-up is all the rage with game developers nowadays

Another look at the title's updated graphics, and a look at... a bingo system?

Compare new to old in the new trailer.

First look at the remake 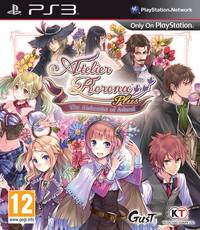