Disgaea 1 and 2 Have Landed on PSN

Pick up these two classic tactical RPGs on the cheap, dood! (sorry, contractually obligated to say that)

The makers of Disgaea are set to make a big announcement next week.

Same for Atelier Iris 2, both also get Preview Bonus at GAME's website.

The highly anticipated PAL version of Disgaea 2 is to include the original Japanese voices!

Cursed Memories, the sequel to the cult SRPG hit is heading to Europe this Fall! 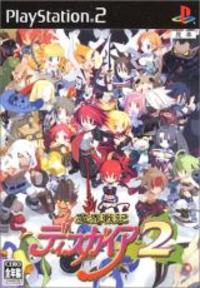