While it can't escape looking like a 5-year old game, this enhanced remake is one hell of a package at a low price.

Nintendo made waves this past week as they announced their Wii U successor. That and more in our latest podcast!

The long-awaited remake and sequel are finally coming!

God Eater Resurrection announced for the PS4 and Vita

The first God Eater is coming back in a big way. 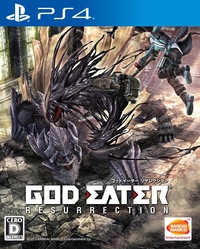