There is no shortage of games to play in the meantime.

Visions of the Dead: Hands-on with Ace Attorney 6

It's another podcast! We chat about the growing support for the Nintendo Switch, Xenoblade Chronicles 2 getting a season pass, Trails of Cold Steel heading to PS4, and more!

Both for the iOS and Android devices.

Tetracast - Episode 38: We All Need A Little Delay

While we await the onslaught of RPGs this fall (for some games, a bit longer), the group talks about the happenings of the last two weeks.

Tetracast - Episode 32: The Emancipation of Persona 5

Atlus spoiled us with news about their highly-anticipated JRPG coming this September. That and a lot of other big news in our latest podcast! 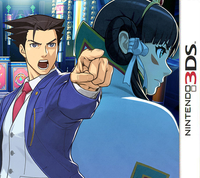