FuRyu has published the second major trailer for The Caligula Effect 2 in Japan. The nine minutes-long trailer is mostly focused on interactions with key characters in this title.

We have previously learned about the full roster of the protagonist's party, as well as the Obbligato Musicians. The latter referred to a group of composers who swore their allegiance to the virtual idol Regret and upheld the virtual world of Redo by providing songs to Regret. Meanwhile, the protagonist will find new teammates by encountering those who have had the Catharsis Effect, which allows them to rebel against the Musicians.

The trailer also lets you hear a glimpse of songs created for the game mostly by famous Vocaloid composers. Each song will have separate vocal tracks sung by Regret and χ (Chi). Prior to this trailer, FuRyu also published details on The Caligula Effect 2's battle systems and social interaction features.

You can find the new trailer for The Caligula Effect 2 right below. This sequel will be released for PlayStation 4 and Nintendo Switch in Japan on June 24 and in the West in Fall 2021. 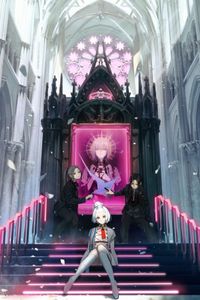