Nintendo of Europe previously announced an October 20 release date for Fire Emblem Warriors with a Gamescom Trailer, as well as detailing a Limited Edition for the game in the region. Today, Nintendo of America confirmed that the American release date will also be set for October 20, and North America will also be getting a special edition.

The NA Special Edition costs $79.99 and contains a special box, 3 soundtrack CDs, a dual-sided poster, & 25 character art cards with a slip case. This seems to be largely similar to the European Limited Edition, with the exception of the additional poster showcasing showing the Fire Emblem games the characters appeared in. One side of the poster will be in English, while the other will be in Japanese. The Special Edition is for the Switch version only. 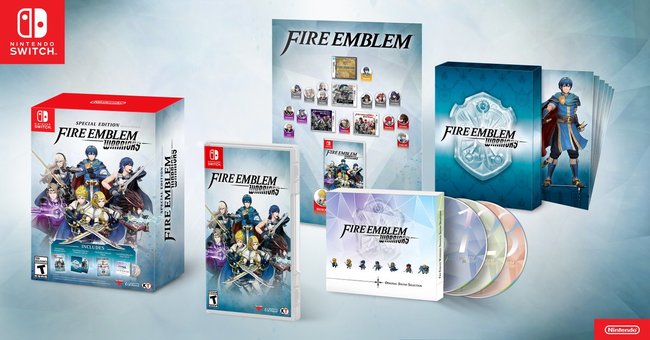 Fire Emblem Warriors launches for Nintendo Switch and New 3DS on September 28 in Japan and on October 20 in the West. In case you missed it, you can find our full translation from the latest Famitsu here, detailing the Fire Emblem Fates characters and Dual System.