After initially revealing the development of the title waaaaay back in December 2016 and following that up with a teaser for info a couple weeks ago, Sony finally revealed the first details for Arc the Lad R, the latest entry in the long-running Arc the Lad series that began on the original Sony PlayStation. As was mentioned at the time, series director Toshiro Tsuchida, composer Masahiro Andoh, and scenario writer Norihiko Yonesaka are all returning to work on this free-to-play title. APlus is heading up the development, with pre-registration already available to those in Japan.

We get a good idea of what the game is all about through the launch of the official website. For one thing, the story will be set ten years after the events of Arc the Lad II. In fact, Sony even released a trailer showcasing the ending to that title that you can check out below (obviously, it contains spoilers). After the Great Calamity destroyed much of the planet, we meet a boy named Haruto who belongs to a group known as the Millmana that is looking to rebuild the world to reclaim what has been lost.

As he is helping out, an event occurs where Haruto has a fated encounter with a mysterious young girl named Mizuha. However, the monsters that caused the calamity to begin with are also now returning to the land to lay claim on what is theirs, creating a huge cloud of uncertainty to fall on the heads of those who still remain. Peace is no longer available, and now Haruto and Mizuha, along with the heroes of the past, must try and find a way to stop the demons from once again destroying the world.

We also get some tidbits about the different systems featured in the game. As mentioned, you will control Haruto, but characters from previous Arc the Lad entries will return as playable party members. The familiarturn-based tactical battle system will also make a reapparance where parties can be formed based on each person's individual roles. From there, players will be given an oppportunity to develop their characters through various mechanics including the Spirit Board that gives you the chance to significantly enhance your abilities. With plenty of activities to partake in including the Hunter's Guild and Arena, there should be plenty for fans to sink their teeth into.

Check out the announcement trailer for Arc the Lad R below:

And here is the aforementioned story trailer containing spoilers for Arc the Lad II's ending - you have been warned: 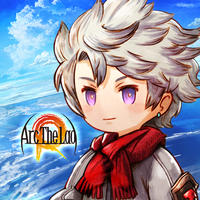