Despite being a free-to-play title, Genshin Impact is clearly keen to show its fully-fledged role-playing game chops - and with that comes a need for some strong RPG mechanics. A classic of the genre is Elements - and Genshin Impact features an elemental system that lets players trigger special combos if they approach things the right way.

Elements are tied right into the world of Genshin Impact, with the seven elements that are featured in the game split among the various characters in the game. The short version of how elements work is that every character in the game has an element, and you mix-and-match character abilities in order to make elemental combos from elemental reactions, in turn dealing massive damage. It all gets rather complicated and interlinked, but we've got it all puzzled out. Read on...

If you want more Genshin Impact help, check out some of our other guides! We cover things like the Wish system & gacha rates, full Anemoculus location and Geoculus location lists, a cooking & recipes list, and even some guides to specific quests, like choosing gifts for Lisa in the Troublesome Work quest. Neat! 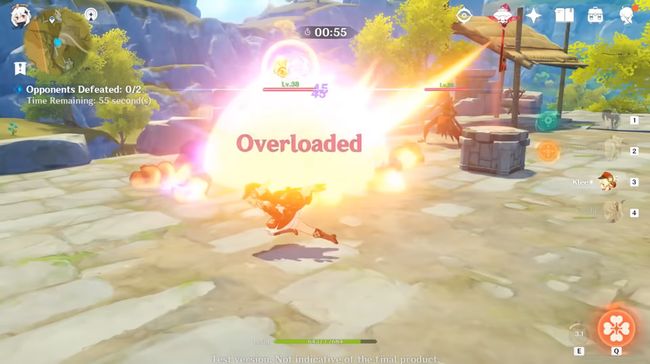 The elements in Genshin Impact are as follows. They all have more specific names in this game - some more unique than others - but all correspond to a pretty typical role-playing element that RPG fans will be well used to, be your background Pokemon, Dungeons and Dragons or something else entirely.

In Genshin Impact, Elemental Resonance is the concept of the elemental affinities of party member characters working towards an elemental bonus. For instance, if you have two characters linked to the fire/pyro element in the party, it'll significantly dim the power of the cryo/ice element, while also boosting attack stats.

Cross-reference this Elemental Resonance list with your Genshin Impact Character Tier List, which ranks all of the characters in the game.

Here's the full list of Elemental Resonance bonuses, well worth your consideration when working out party composition:

It's also worth noting that these bonuses apply and stack further in co-op mode, so it's well worth communicating with your friends about your load-out! 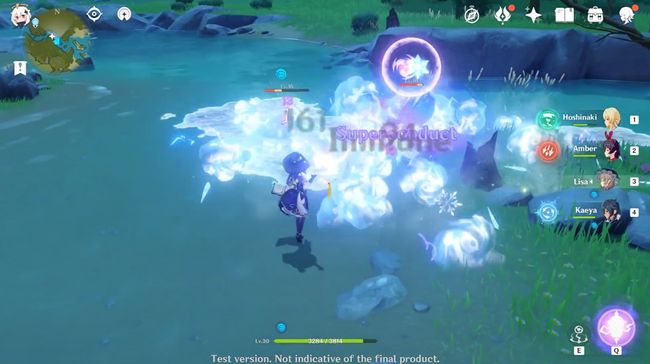 As mentioned above, creating 'elemental combos' of certain elements can inflict a shocking (sometimes literally) impact, with the reaction generally being an element-appropriate buff to your attacks. A lot of this is obvious - so as Ice, the Cryo element can of course be melted by the fiery Pyro element. But also, Cryo can freeze the watery element of Hydro. These connections can combine to create powerful attacks, however.

As previously mentioned, every character in Genshin Impact has an elemental affinity, and they'll have special attacks that can afflict that element upon enemies. These attacks, usually a character's Elemental Skill and Elemental Burst - that will allow you to deal damage with that element and afflict it upon a character. A Hydro element attack might make an enemy wet, for instance, or a Pyro attack might set them on fire. But what happens when you cast Electro's lightning effects on a wet enemy, or feed the flames of a Pyro-lit enemy with Anemo's wind? That's where elemental reactions come in, helping to create elemental combos.

The system is designed for experimentation, and a skilled player will be able to string together reactions to their advantage. Here's all of the Elemental Combos in Genshin Impact thus far: