A major mechanic in Xenoblade Chronicles 2 are the Blades, unique characters and weapons that impact your character class, skill set and pretty much every aspect of Xenoblade 2's battle system. Blades are, in many cases, drawn at random from Core Crystals, and one major item used during this process are Boosters, special items that have a sort of elemental affinity.

Xenoblade Chronicles 2 leaves a lot of what Boosters actually do up to the player to figure out, and during the process of writing our Xenoblade 2 review it hasn't been exactly easy to figure out their exact nature. We do have some tips on how to use Boosters right from our extensive time with the game, however - so let's get down to that. 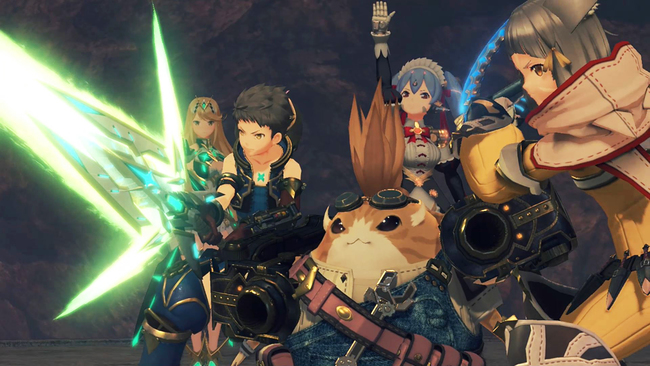 Boosters in Xenoblade 2: How to get them and how they work

Boosters can be obtained in a number of ways in Xenoblade Chronicles 2, and generally speaking you should have a pretty decent supply of them from just playing the game naturally.

Boosters are a key part of when you open Core Crystals to gain new Blades - you'll be asked if you want to use a Core Crystal as part of the process. But what does it do? Well... that's a little more difficult to explain. More on that in a moment.

How many Boosters you can hold will grow throughout the game, by the way. You'll start out able to hold five, for instance, then ten, then fifteen and so on. 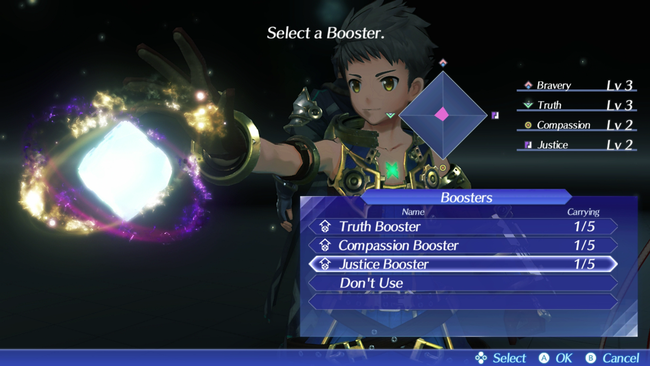 Boosters come in a few different varieties. When you look at the Booster screen, you'll see that different color lighting and particles swirl around your Core Crystal based on the booster you're using. You can see that in the screenshot just above this heading.

The color glow represents the associated elemental types attached to that particular kind of booster. The Booster affinities are as follows, as far as we can tell:

Now, this is where it gets complicated: we're not entirely sure what the elemental affinity presented here does in detail - but we have some ideas. We know, for instance, that all Blades have an elemental affinity of their own - you can see a bunch of these listed in our complete list of every Rare Blade in the game.

It follows that it's likely that the elemental booster you use will give you a higher chance of randomly drawing a Blade of that element - though equally, we've seen Blades from completely different elements still drawn this way. This still makes sense, since randomness is a major part of the Core Crystal and Blade-obtaining systems in Xenoblade 2.

Right now this is a supposition and observation on our part based on our time with the game, but we're confident it's correct and will update this page as necessary. If you've got extra information, drop it into the comments and we'll take it into consideration in our updates.

Xenoblade Chronicles 2 Classes Guide: All the jobs and roles available to party members

Xenoblade Chronicles 2 Affinity Guide: everything you need to know about the affinity chart for both characters and blades