The end goal of pretty much any Pokemon game is to catch 'em all, and Pokemon Quest is no different. Like any entry in the series, the most elusive Pokemon are the Legendary Pokemon or Mythical Pokemon - and Pokemon Quest has those first, most iconic legendary creatures - Mew and Mewtwo, plus Legendary Birds Articuno, Zapdos and Moltres.

The situation around these legendary Pokemon is a little different to other games in the Pokemon series this time around - in part because Pokemon are caught through cooking, recipes and stews in Pokemon Quest. In fact, that's sort of the story of this game - a lot of the mechanics, such as Pokemon Evolution, Shiny Pokemon and Move Learning - are the same, but a little bit different. The same is true for those legendaries. Anyway, here's how to nab them... 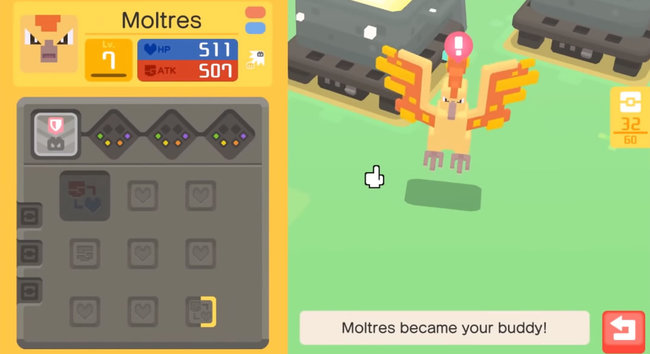 As with any other Pokemon in Pokemon Quest, recruiting the legendary Pokemon Mew, Mewtwo, Articuno, Zapdos and Moltres is ultimately all about cooking - but there's a few other steps you'll want to follow first before you get into actually attracting these legends to your base camp and recruiting them to your team.

First of all, you'll need to have reached the 12th set of expeditions, Happenstance Island. The first of these missions is 12-1. On these missions, there's a chance a Legendary Pokemoin from the above will appear as the final boss. When this happens, those bosses have a chance to drop a speical item - Mystical Shells.

The Mystical Shell is an ingredient for cooking, and as described on our Pokemon Quest Ingredient Farming guide they only drop on World 12 and are even then a rare drop from the legendary Pokemon bosses. Crucially, the Mystical Shell lets you cook the Ambrosia of Legends Stew Recipe, and that is how we're going to attract legends.

Once you've farmed some Mystical Shells, the next step is to cook the Ambrosia of Legends Stew. Like any other Pokemon stew you cook from the Pokemon Quest recipe list, this attracts specific Pokemon - and in this instance that's the mythical/legendary Pokemon - Mew, Mewtwo and the three legendary birds Articuno, Zapdos and Moltres.

The recipe for Ambrosia of Legends a la Cube at its most basic is just 1 Mystical Shell and 4 of any ingredient.

If you choose to use Rainbow Matter or more than one Mystical Shell, you'll attract higher level versions of the same Pokemon - but you're given the same random chance, we believe, to get one of the five legendary creatures featured in Pokemon Quest. As such, you may have to cook this stew more than a few times to catch them all - but it'll be worth it in the end.

Pokemon Let's Go: how to get to the power plant to catch Zapdos