Final Fantasy VII Remake inherits its basic equipment system from the original FF7: each character can equip a unique weapon, a single piece of armor and an accessory. While undoubtedly the least important part of your gear in FF7 Remake, Accessories are still a major part of your character load-out that can have a big impact in battle.

Because of their slight reduced importance, accessories can be obtained in a number of different ways. Some can be bought from shops, while others are rewards for quests, mini-games and other optional cotnent. Others are of course just rewards out in the world, while a handful can actually be taken from enemies and bosses as detailed on our FF7 Remake Stealable Items list. On this page we present a full accessories list complete with locations so you know exactly how to get them.

Final Fantasy VII Remake Accessory List: all accessories and where to get them

Generally speaking, you'll easily come into contact with a good range of accessories right throughout FF7 Remake just by playing the story and opening any chests you see. Once you get to the late game and begin thinking about challenging hard mode or the arena super bosses in the Shinra VR Battles, however, you'll want to more carefully think about your character load-outs right from considering the best materia combinations to your choice of summon materia and limit break and, of course, using manuscripts to max out your weapon upgrades.

Last but certainly not least is your accessories, which can provide buffs ranging from big boosts to your stats to saving you from death in a limited capacity. They should not be overlooked - so here's the complete list. Before that, however, here's our stand-out picks for the best accessories. 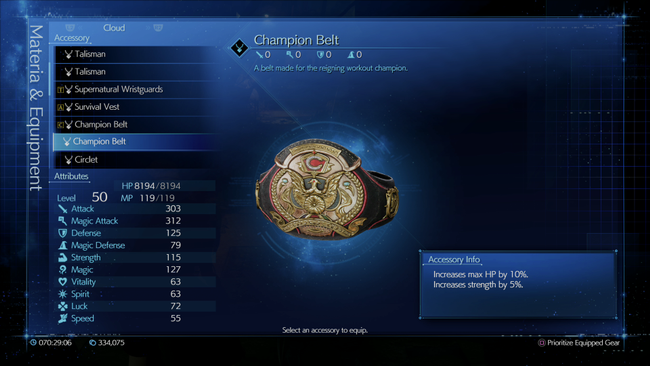 The Best Accessories to Equip in FF7 Remake

FF7 Remake is a well-balanced game, and that means that the truth is that there's no specific best accessory, just as there isn't a best weapon in the game, only recommendations of what might most make sense depending on your play style. With that said, we do have a few ideas about the best accessories that are must-equips, especially as you move into the late game tackling the Shinra VR Missions and hard mode. 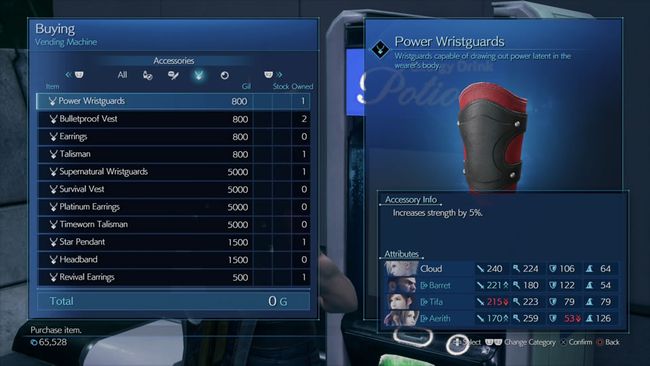 With the above list of the best accessories considered, here now is a list of every accessory in FF7 Remake - plus some examples of where you can find or buy each.